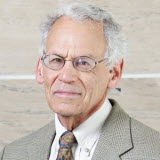 Gene Swimmer’s research has been in the forefront of Canadian public sector labor relations and collective bargaining for the past twenty five years.

My major research focus has been on the interaction of economics and politics that surround the relationships of governments and their employees, with an emphasis on process and outcomes of collective bargaining.  Many studies have dealt with the ways that the Federal and Provincial governments have attempted to limit their employee compensation in periods of financial restraint.

Timothy Bartkiw, “Manufacturing Descent?  An Analysis of the Impact of Labour Law on Union Organizing Activities in Ontario,” September 2001 – August 2006