Dr. Roy Timothy (Tim) Patterson is a Professor of Geology at Carleton University in Ottawa, Ontario, Canada. He obtained his undergraduate degree in geology (1983) from Dalhousie University in Halifax, Nova Scotia under the tutelage of the late Professor Franco Medioli and Professor David B. Scott. Patterson received his Ph.D. in Geology from the University of California at Los Angeles (UCLA) in 1986 under the supervision of the late Professor Helen Tappan Loeblich and late Dr. Alfred R. Loeblich. After brief stints as a postdoctoral fellow at the University of California at Berkeley (1986, Professor Charlotte A. Brunner Supervisor) and as a visiting Assistant Professor at the University of Southern California (1987) he was appointed to the Department of Earth Sciences at Carleton University in 1988 as an Assistant Professor. He was promoted to Full Professor in 1999.  He was appointed an International Fellow in the School of Geography, Archaeology and Palaeoecology at the Queen’s University of Belfast in 2006. 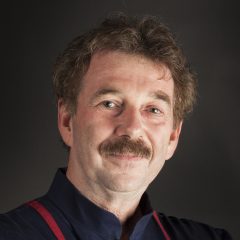 Tim Patterson co-developed, and was a founding editor-in-chief (1997-2000), of the journal Palaeontologia Electronica, the world’s first, and longest running, open access, peer-reviewed electronic paleontology-themed journal. He has also served as an associate editor for the journal Micropaleontology, and in a similar capacity at the Journal of Foraminiferal Research. He has previously served as Canadian leader for two UNESCO supported International Geological Correlation Programme projects related to sea level change.

Patterson has made over 400 scholarly contributions, including nearly 200 peer-reviewed research papers (h-index = 36; i10-index = 89; May 2018). This research has been exclusively funded by Canadian federal, provincial/territorial and municipal agencies.  He has been funded by Natural Sciences and Engineering Research Council (NSERC) Operating/Discovery grants since arriving at Carleton (1989-present). In addition to being co-investigator on numerous major research initiatives through the years examples of the varied research where he has been Principal Investigator (PI) include: a NSERC Strategic Project grant (1998-2001), which was mandated to investigate the late Holocene response of commercially important fish species to climate variability in the northeast Pacific; a major Canadian Foundation for Climate and Atmospheric Sciences (CFCAS) funded (2001-2004) initiative to carry our an “ultra-high resolution Holocene investigation of the paleoclimate-oceanographic record archived in anoxic basins along the British Columbia coast”; a NSERC-Geoscience Office of the Northwest Territories-AANDC-GSC funded Strategic Project Grant (2009-2014) mandated to carry out a “paleoclimatological assessment of the central Northwest Territories” to assess implications for the long-term viability of the Tibbitt to Contwoyto Winter Road; and, along with his former Ph.D. student Jennifer Galloway (GSC, Calgary), a major Polar Knowledge Canada funded initiative (2015-2018) to develop “geoscience tools for supporting environmental risk assessment of metal mining” in the Canadian arctic.  For his research efforts he was awarded a Carleton University Research Achievement Award for ‘outstanding research’.

Current research in the Patterson lab emphasizes the use of micropaleontological, sedimentological, and geochemical techniques to: 1) study paleoclimate records in Holocene lake, marine, and peatland environments; 2) determine the influence of climate variability on aquatic ecosystems, particularly the link between climate and lake hydroecology; 3) assess the impact of land-use change degradation on lake and coastal-marine ecosystems; and 4) evaluate the degree to which remediation efforts are successful in improving aquatic ecosystem services.  Determination of the impact of road salt contamination on lakes and wetlands in eastern North America, as well as an assessment of the long-term effect of mining derived heavy metal contamination (e.g. arsenic) in northern lakes and peatlands are presently key research areas.