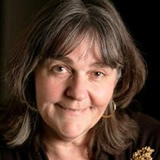 Frances Abele is a Senior Research Fellow and former Academic Director of the Carleton Centre for Community Innovation. A Professor and former Director of the School of Public Policy and Administration, Dr. Abele’s research interests include Aboriginal-state relations, Aboriginal economic development, northern political economy, and community development and training. She is a former Deputy Director of Research for the Royal Commission on Aboriginal Peoples and research fellow at the Institute for Research on Public Policy. Current research projects include Aboriginal self-government and the federation; sustainable development in northern Canada, including the definition of new public policy options; the northern social economy; federal northern development policy, and the further development of northern democracy.

In 2017, Dr. Abele was designated Chancellor’s Professor at Carleton University.

“?ekwe He Naida/Living with Caribou: Reflections on Dene Knowledge and Policy Development in the Context of Crisis” (with Walter Bayha, Ken Caine and Deborah Simmons). book chapter in preparation

“Responsible Investment in the Canadian Territorial North” (with Joshua Gladstone)

“Seeing Like a Community: Social Science Research in Northern Communities” with Sheena Kennedy

“State and Society in a Northern Capital: Yellowknife’s Social Economy in Hard Times” (with Jerald Sabin). Journal article to be submitted to Community Development Journal.

“An Approach to Understanding Modern Community Economies in Inuit Nunungaat” (with Sheena Kennedy).

“The Uses of History” ms. completed and under revision for submission to a journal (TBD).

Canada, the European Union and the Arctic Special issue of The Northern Review, guest editor. (Spring 2014).

“And Now for a Northern Solution?  The Transfer of Forest Fire Control and Forest Management to the Governments of the Northwest Territories and Yukon”  The Northern Review  5 Winter 1990, pp. 82-102.

“The Immediate and Lasting Impact of the Inquiry into the Construction of a Mackenzie Valley Pipeline” in Greg Inwood and Carolyn Johns, eds. Canadian Public Inquiries.  University of Toronto Press,  2014.

“Intergovernmentalism and the Well-Being of First Nations” in Ghislain Otis and Martin Papillon, eds. The Relational Dimension of Indigenous Governance and Federalism: Theories and Practices.  Laval University Press, 2013.

“Use it or Lose it? The Conservatives’ Northern Strategy” in Bruce Doern and Chris Stoney, eds. 2011. How Ottawa Spends 2011-12: Cutting Fat or Slicing Pork? Montreal and Kingston: McGill-Queen’s University Press, 2011.

“Indigenous People in the Cities of Northern Canada: The Importance of the Rural  Economic Base” in Peter Solomon, ed New Actors in Northern Federations: Cities, Mergers, and Aboriginal Governance in Russia and Canada. Centre for European, Russian and Eurasian Studies, University of Toronto, 2006.

“Who Benefits?  The Transfer of Responsibility for Fire Control and Forest Management from the Federal to the Territorial Governments” in Gurston Dacks, ed.  Devolution and Constitutional Development in the Canadian North.  Carleton University Press:  Ottawa, 1990. Pp. 43-70.

“Canada as a ‘White Settler Colony’:  What About Natives and Immigrants?”  with D. Stasiulis in W. Clement and G. Williams, eds. The New Political Economy, McGill-Queen’s University Press, 1989, pp. 240-277.

“Confronting ‘Harsh and Inescapable Facts”:  Indigenous Peoples and the Militarization of the Circumpolar Region”, in E.J. Dosman, ed.  Sovereignty and Security in the Arctic.  Routledge:  New York, 1989,  pp. 176-193

“Sources of Hope” Comment on Les rélations interculturelles in John Trent and Robert Young, After the Referendum:  What is the Path Ahead?  Ottawa:  University of Ottawa Press, 1996, 4 pgs

“Homeless in the Homeland: The Situation for Indigenous People in Canada’s North” (with Nick Falvo and Arlene Hache) Parity 2010 Volume 29 pp 21-23.

“It is Time to Build a Northern University” Montreal Gazette August 30, 2010.

“A Strong North Must Be Prosperous” (with Tom Courchene, France St-Hilaire, F. Leslie Seidle) Ottawa Citizen June 15, 2009 and subsequently a number of other CanWest newspapers.

“Counsel for Canadian Federalism: Aboriginal Governments and the Council of the Federation” With Michael J.Prince. Constructive and Cooperatiive Federalism: A Series of Commentaries on the Council of the Federation. Institute for Intergovernmental Relations, Queen’s University and Institute for Research on Public Policy. 2003. Web publication. 31 ms. pgs.

“A Time to Celebrate” Editorial in Arctic, 1 pg., Winter 1999. (Arctic is a refereed journal, but my editorials were commissioned, not peer reviewed.)

“Why Jean Chretien -and the Canadian people- should read the report of the Royal Commission on Aboriginal Peoples” Canada Watch. Summer 1997.

“Aboriginal Peoples and Economic Development:  Is It Business as Usual?”.  Financial Times.  16 September 1989  (with Katherine Graham).

“Native Claims Settlements and Native Training: Overview, Issues and a Model” with P. Kulchyski.  Proceedings of the International Workshop on Population Issues in Arctic Societies. Copenhagen and Montreal, 1985, 21 pgs.

Is Evaluation a Tool for Social Justice? Reconciliation? Control? Reflections on the Canadian Experience in Indigenous Affairs. in Better Indigenous Policies: The Role of Evaluation. Roundtable Proceedings. Canberra: Australian Government. Productivity Commission, 2013. Presented at Policy Roundtable:  Lessons to be learnt — how evaluation can lead to better Indigenous policies Canberra 22-23 October 2012.

Like An Ill-Fitting Boot: Government, Governance and Management Systems in the Contemporary Indian Act. National Centre on First Nations Governance, 2007.

The Feasibility of a Northern Policy Research Institution Consultation and Report for the Walter and Duncan Gordon Foundation. 2006

A New Economic Development Policy for the North?  The Impact of the Free Trade Agreement, with Peter Usher, Canadian Centre for Policy Alternatives, October 1988, 46 pgs.

Frank Cassidy and Robert Bish, Indian Government: Its Meaning in Practice.  Lantzville and Halifax: Oolichan Books and The Institute for Research on Public Policy, 1989.  Review published in the Canadian Journal of Political Science 23:3 (September 1990).

“Resource Use Conflicts in Canada” an entry in The Native North American Almanac. Gale Research, 1994.

“What if we were wrong?” Presented to the Conference in Honour of Graham White, University of Toronto, May 31, 2014.

“What Was It About the Berger Inquiry? The Lasting Impact of the Inquiry into the Construction of a Pipeline in the Mackenzie Valley, 1974-76” Presented to the Annual Meeting of the Canadian Political Science Association, Concordia University, Montreal, June 1, 2010.

“What Now? Pressures on the Federal Role” (with Katherine Graham) Colloquium on Urban Aboriginal Policy, Congress of the Humanities and Social Sciences, Concordia University, Montreal, June 2, 2010.

“Living With Caribou: Dene Knowledge and Policy Development in the Context of ‘Crisis'” (with Walter Bayha and Deborah Simmons) Presented to the Annual Meeting of the Canadian Political Science Association, Concordia University, Montreal, June 2, 2010.

“Aboriginal People in the Cities and New Challenges for the Federation” Federalism and the Relational Dimension of Indigenous Governance University of Ottawa, March 10, 2010.

“Opening to a Stronger Democracy: “The Indian Problem” and the Royal Commission on Aboriginal Peoples” Presentation to the Indigenous Bar Association 18th Annual Fall Conference,

“Reflections on Serving the Public North of 60: Notes on Public Policy in Nunavut” Presented to the Nunavut Federal Council Learning Event, Iqaluit, June 7, 2006

“Indigenous Peoples in the Cities of Northern Canada: The Importance of the Rural Base” Paper presented to the Fourth Canada-Russia Conference on Federalism, Moscow, December 2005.

“What If? –What if the National Aboriginal Organizations had been invited to the negotiations to reach a Social Union Framework Agreement”  Presented at Perspectives and Directions: The Social Union Framework Agreement Conference sponsored by the Saskatchewan Institution of Public Policy, the Institute for Intergovernmental Relations of the School of Policy Studies at Queen’s University. Regina, February 4, 2000.

“Assessing the Approach to Research and Analysis of the Royal Commission on Aboriginal Peoples” presented at The Politics of Knowledge Production, Management and Ownership/Control, a conference at Carleton University, January 23, 1998.

“Institutional Barriers to Social and Economic Wellbeing in the Ottawa-Carleton/Outaouais Region,” with Katherine Graham and Alex Ker. Presented at the History of Cities in Europe Conference, Venice, Italy, September 5, 1998.

“Reflections on the Value of Royal Commissions”  50th Anniversary Conference of the Institute of Public Administration of Canada, St. John’s Newfoundland, August 26, 1997.

“Approaching the North: Research Process and Research Proposals,” (with Katherine Graham), prepared for the Royal Commission on Aboriginal Peoples Research Symposium on the STate of Research in the Field of Aboriginal Affairs, Ottawa, April 30 – May 1, 1992.

“Governance: A Proposed Research Agenda,” (with Katherine Graham) prepared for the Royal Commission on Aboriginal Peoples Research Symposium on the State of Research in Aboriginal Affairs, Ottawa, April 30 – May 1, 1992

“Northern Aboriginal Politics and Canadian Sovereignty and Security” Conference on Sovereignty, Security and the Arctic, York University, 8-9 May 1986.

Is Evaluation a Tool for Social Justice? Reconciliation? Control?  Reflections on the Canadian Experience in Indigenous Affairs Prepared for the Government of Australia, Productivity Commission 2012 Policy Roundtable:  Lessons to be learnt — how evaluation can lead to better Indigenous policies.

A Systems Analysis of the Indian Act. Research paper for the National Centre on First Nations Governance. December 2006.

Strategic Planning and Organizational Development. Course Syllabus and Module 1, Curriculum for a Web-Based Course for Volunteer Managers. Pilot Project. Centre for the Study of the Voluntary Sector and Volunteer Canada. 2002.

Draft Terms of Reference for a Study of Governance in Centres of Excellence for Women’s Health. (with Katherine Graham and Susan Phillips) Health Canada, 2002.

Aboriginal Distinctions (with Katherine Graham). Facilitated discussion and report for the Interdepartmental Task Force on Aboriginal People, Government of Canada, 2001.

The March 21 Campaign and Action 2000: An Interpretive Case History. (with Judith Madill and Joan Murphy). Department of Canadian Heritage, 2000.

Diversity: Changes in Major Canadian Institutions in Response to and Reflecting the Diversity of Canadian Society. (With Katherine Graham, organized the workshop., facilitated, and wrote workshop report) for Multiculturalism Branch, Department of Canadian Heritage, October 19, 1999.

Flexibility in the Implementation of the Inherent Right of Self-Government. (with Gurston Dacks). Contract research for the Aboriginal Summit of the western Northwest Territories. March 1998.