The RCAS has hosted and supported two journals. The Canadian Review of American Studies (CRAS) is edited by Priscilla Walton. It is the flagship journal of the Canadian Association of American Studies. NeoAmericanist was an on-line, student-run journal funded by the Centre for American Studies (CAS) at Western University, but edited by a number of Carleton graduate students, including Brian Foster, Maureen Mahoney, and mostly recently Chris Vanderwees. It ran from 2005 to 2014. 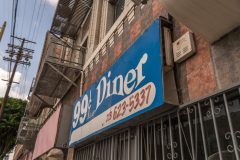 Lessons in Colour-Blind Racism from The Bachelorette
Claudia Franziska Brühwiler

Why Is Melanctha Black?: Gertrude Stein, Physiognomy, and the Jewish Question
Yeonsik Jung

From the ‘‘L Chamber’’ to the Wood-Pile: Negotiating Space
in Harriet E. Wilson’s Our Nig
Miranda A. Green-Barteet

Iola’s War on Alcohol, Lynching, and the Rise of the Carceral State
Carole Lynn Stewart

NeoAmericanist
In the Fall/Winter 2014 edition: John Mohr, “Spinning Their Wheels: Confronting Scholarly Perceptions of Southern Auto Workers”;  Paul Mokrzycki, “‘A flower smashed by a rock’: race, gender, and innocence in American missing children chases, 1978-present.” This was, sadly, the last edition of the audacious journal conceived, mounted, and edited by a band of Canadian graduate students in American Studies.