Carleton College Gets it Start on 1st Avenue

To celebrate Carleton University’s 75th Anniversary, Sherri Sunstrum – a cartographic specialist at the MacOdrum Library – tapped into Carleton’s rich trove of archival images to produce an interactive online story map called Visualizing 75 Years at Carleton University. The story map uses a series of maps allowing people to navigate through an image-rich timeline detailing the evolution of Carleton. We’ll be compiling some of those stories on CU75.ca, but be sure to take a look at the map here.

In 1942, Carleton College opened its doors at the YMCA building on the corner of Metcalfe and Laurier Streets, with Henry Marshall Tory as its first president. Once the YMCA became inadequate (not too long after), the college moved to the Glebe.

The 268 1st Avenue address was the location of the former Ottawa Ladies College and had served as barracks for the Department of National Defence (DND) at one point. As Canadians returned from overseas and war production slowed down in Ottawa, veterans and others who were unemployed looked to education. The location on First Avenue was ready to go by September, albeit with no library. 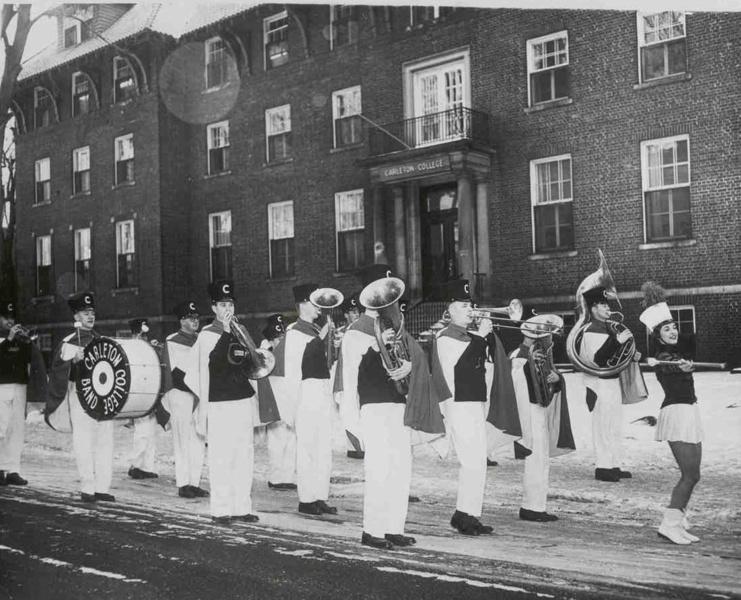 A Library is Born

In 1947, the library took over the top floor of the first Avenue building; it included a library collection consisting of 10,000 volumes. Most of the collection was donated by the Legion and private sponsors. 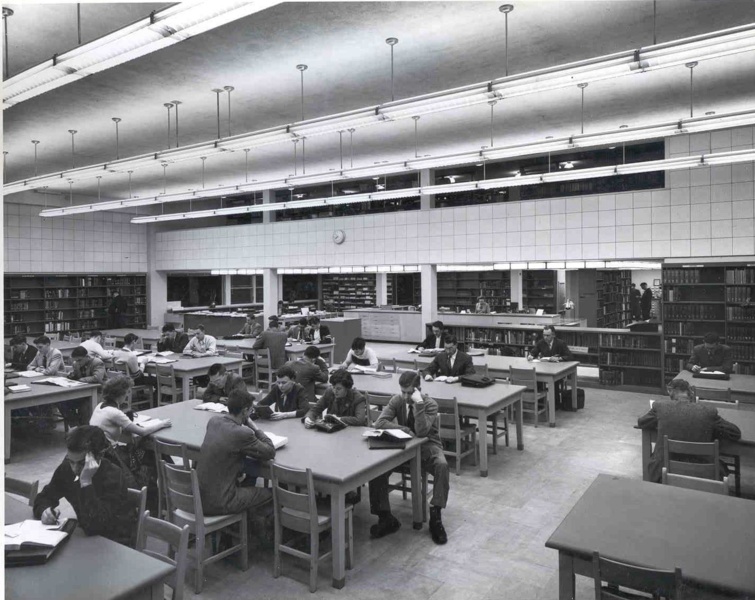 In 1949, Carleton approved a library and appointed a chief librarian in 1950. Hilda Gifford, who went on to head the library for the next 20 years, modernized the library including reclassifying items from Dewey Decimal to Library of Congress system and introduced self-service circulation.

During her time here, in 1958, the Library moved to what is now 1125 Colonel By Drive and became the MacOdrum Library.