Professor of Rhetoric and Ethics 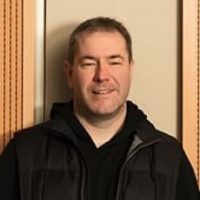 Professor of Rhetoric and Ethics

My research contributes to an understanding of ethics in light of the ethical challenges raised by burgeoning biotechnologies and biopolitical forms of governance. The increasing “biologization” of bodies and political identities renders obsolete traditional forms of ethics, based on the principles of human reason and autonomy. This program of research addresses the constitution of subjectivity through biotechnology, biopolitics, and global media networks. More specifically, it interrogates the ways in which the concept of “life” is constituted and deployed as an ethical good, from human rights to biophysiology, and from civil society to bioethics.

By drawing on and incorporating the lessons of rhetorical theory and criticism, textuality studies, and poststructuralism, I hope to contribute to a better understanding of ethical life, relationality, and sociality. This perspective is better able to address subjectivities constituted in the wake of advanced biotechnologies, healthcare systems, and communications networks and practices. The objective is to reorient ethical discourse and practice away from the tradition of liberal humanism, and instead to look at the ways that ethics is a rhetorical practice located in and through bodies, political identities, and communicative networks and their effects.

In the contemporary mediascape, we are witness to a panoply of often contradictory discourses on sexuality. The pathologizing discourses of “professional” practice and research tend to medicalize and psychiatrize sex and sexuality. By contrast, popular mass media exhort us to optimize our sexual performance and pleasure, and yet alongside these injunctions we are warned of diverse “dangers” and “risks,” making sexuality the subject of suspicion, surveillance, and regulation. It has become impossible, thanks in part to the work of the #MeToo movement, to ignore burgeoning institutional and educational programs promoting sexual consent and raising the awareness of sexual violence and abuse. Sympathetic yet critical responses to these discourses, however, demonstrate how, in an effort to stop sexual violence, we have created a climate of suspicion, moral panic, and fear of legal prosecution. In this complex discursive context, most surprising perhaps is the studied silence that reigns: very little research attends to the expression of desire, the pursuit of pleasure, or the experience of sexual pleasure itself. It is precisely this lacuna that this project aims to address.

What mode of sentimental feeling—what affective force—drives 21st-century biopolitical/humanitarian interventions on the part of Western democratic states? And how does “humanitarian sentimentality” function implicitly as a moral justification for political or even military actions in the name of humanity or human life itself? A literary history, but foremost an unexamined history of the present, this project addresses these questions by turning to “sentimental” literature of the early 19th century—novels and memoirs that emerged, significantly, in the same historical moment as biopolitics. Literary texts cultivated our desires and dispositions to alleviate human suffering and to promote human welfare, and contributed enormously to a discourse on humanitarianism and human rights. We argue that a better understanding of how the literary production of humanitarian sentimentality informed and, indeed, “popularized” biopolitics will provide critical tools for examining how humanitarian sentimentality drives contemporary neoliberal biopolitics today—the power “to make live and let die.”

“Ethics and Mental Health Care: An Analysis of Professional Practices in Correctional Institutions”

This research project is situated at the crossroads of two disciplinary fields: health sciences and ethics. From an ethical perspective, it explores the practices of healthcare providers with respect to the care that they offer to a vulnerable population (psychiatric inmates) within specific psychiatric care milieus (forensic psychiatric units). Several authors have described the challenges faced by healthcare providers, such as nurses and social workers, who work in forensic psychiatry. However, few have addressed the ethical stakes of a professional practice that is subordinate to the security measures that govern forensic psychiatric milieus. Healthcare providers are constantly confronted with the opposing imperatives of care and security (including correctional operations). This study addresses the causes and consequences of this ethical dilemma. In doing so, it seeks to represent the ethical tensions experienced by specific healthcare professional groups, including nurses, psychiatrists, psychologists, and social workers.

This planning grant brings HIV care providers, community members, and researchers from across Canada into dialogue concerning the sociocultural and ethical impact of new HIV treatment and prevention approaches.  Recently, treatment and prevention have merged to become what is being called treatment-as-prevention.  Called “TasP” for short, this approach promotes increasing individual HIV testing, and early initiation of HIV drug treatment, to reduce the spread of HIV at the population level.  This planning grant comprises a critical interpretive synthesis (CIS) of TasP literature, a series of consultations with HIV stakeholders in key areas of the country, and the development of a pan-Canadian research project based on the CIS and consultations.  The goal of this project is to develop a larger program of research that will examine how HIV stakeholders interpret TasP and integrate it into clinical and personal health practices for people living with HIV.

“Solitary Space: Seclusion Rooms and the Ethics of Body and Place”

The purpose of this study is to shift the terms of ethical discourse in a manner that will be commensurable with the lived experience of patients and with nursing staff who care for them. Through a critical ethnography and semi-structured interviews with patients and nursing staff, we employ a phenomenological analysis to gain a better understanding of the seclusion room as a lived and relational space. This is an original project because very little research has addressed the subjective dimensions of body and place in the study of ethical practice. Moreover, the project answers the growing need for an alternative approach to bioethics, one that extends beyond the abstract coordinates of analytic philosophy. Such an examination could help healthcare providers to consider the emotional and bodily impacts of seclusion on patients, and encourage them not only to better understand the experience of patients but also to actively find alternatives to this controversial intervention.

A. Blum & S.J. Murray (eds.), The Ethics of Care: Moral Knowledge, Communication, and the Art of Caregiving (Routledge, 2016)

“Hope: The Opium of the Masses, with a nod to Milan Kundera’s The Joke,” Association for the Study of Law, Culture and the Humanities, Ottawa, ON, 22 March 2019

“Indigeneity and Indigent Sovereignty: Law, Medicine, Life,” Association for the Study of Law, Culture and the Humanities, Ottawa, ON, 22 March 2019

“Necessaries of Life: The Rhetorics of Medico-Legal Time and Indigenous Life-Times,” Rhetoric Society of America Conference, Minneapolis, MN, 31 May 2018

“Care of the Self and Self-knowledge: Rhetoric, Self-reflection, and Ethics in Plato’s Alcibiades I,” [second author] with Twyla Gibson, The Society for Ancient Greek Philosophy, Fordham University, New York, NY, 21–22 October 2017

“Death By Whose Own Hand? Forensic and Legal Sovereignties in Question,” Kent Law School, University of Kent, Canterbury, UK, 13 June 2016

“The Time of a Life: Consent and Cancer Care in the Case of a Young First Nations Girl,” Colloquium, Department of Communication Studies, University of Georgia, Athens, GA, 23 February 2016

Steven Schnoor (2013) (SSHRC, OGS), “Governmentality and the New Spirit of Exploitation: The Politics of Legitimacy and Resistance Surrounding Democracy and Development Under Neoliberalism”; Graduate Programme in Communication & Culture, Ryerson University

Farzana Bhatty (2008 – 2009), “The Search for bin Laden: Post-9/11 Terrorism and the Representation of the Other,” Major Research Paper, Graduate Programme in Communication & Culture, Ryerson University