As we prepare to mark Canada’s 150th anniversary, Ottawa is in a state of architectural transformation.

Parliament Hill is a construction site, soon to feature a modernized West Block and visitor’s centre. Buildings along Wellington Street, the capital’s main ceremonial boulevard, have either been recently rehabilitated or are undergoing major alterations. Some buildings, like the former U.S. Embassy, remain empty while awaiting the next major project. Even the sacred Château Laurier, which introduced us to the romance of the grand Canadian hotel, has ignited heated public debate with a proposed addition.

These conversations reflect Ottawan’s profound investment in protecting the region’s perceived symbolic and physical value. Are these old Ottawa buildings being successfully transformed into new spaces, and what factors determine perceived success?

With many major city projects on the cusp of being commissioned, now is the time for the community to have an inclusive discussion with a panel of invested experts on the reimagining of Ottawa and the historic places that help construct the city’s identity.

CU in the City Panel – Old Buildings/New Forms: Transforming Ottawa offered an open and collegial venue to partake in this important dialogue.  This event was held at allsaints Ottawa. 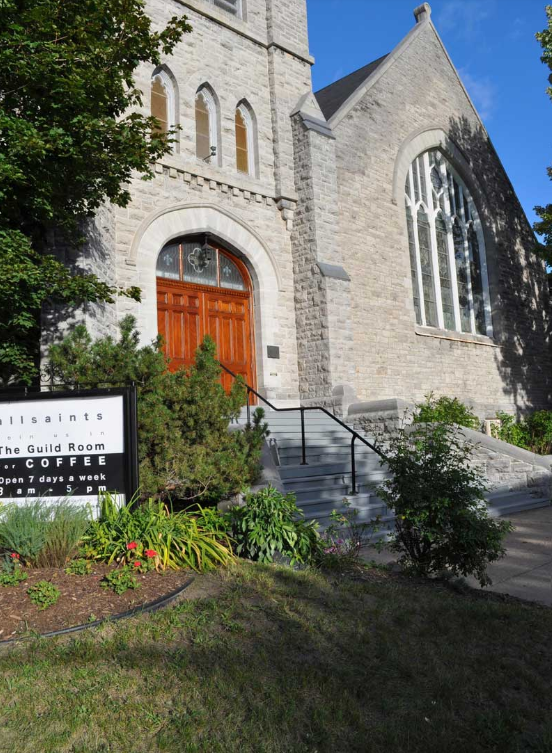 “A building of national historic significance, allsaints represents the dedication and investment of congregations for over a century. Listed for sale by the Anglican Diocese in August 2014, local residents came together to influence the re-purposing of the Church. Eventually a few of these residents entered a business partnership with Alberta-based developers. Together they are shaping a vision for allsaints that recognizes the beauty and heritage value of the building while re-creating the church as a diverse and inclusive urban space.” 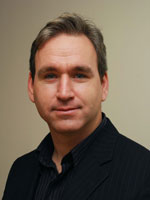 Mr. Waldron is the National Heritage Conservation Manager at Brookfield Global Integrated Solutions. He is one of Canada’s first heritage professionals to be working in private-sector property management. Prior, Mr. Waldron was National Historic Sites Superintendent at Parks Canada for ten sites in Ontario. He was the manager of the Federal Heritage Buildings Review Office (FHBRO) and the national registrar for the Canadian Register of Historic Places. He is also an adjunct professor at Carleton University in the School for the Studies of Art and Culture, Art History. Mr. Waldron has produced many research papers for the Historic Sites & Monuments Board of Canada and the FHBRO, including many independent research projects on the history and heritage of Canada’s architecture. He led a federal-provincial-territorial collaboration initiative to create a complete and definitive list of Canada’s historic places and built an award-winning mobile app named “Edifica -History in Hand”. He has also managed Parks Canada’s Directory of Federal Heritage Designations and its national documentation centre on heritage. Mr. Waldron holds a master’s degree in architectural history from Carleton University, specializing in Canadian modern architecture. He is a past president of the Society for the Study of Architecture in Canada, a member of Docomomo International and is has been active in many heritage organizations over the years. His forthcoming book, Exploring the Capital: architectural tours of the Ottawa-Gatineau Region, is to be published in May 2017 to coincide with Canada’s 150th celebration. 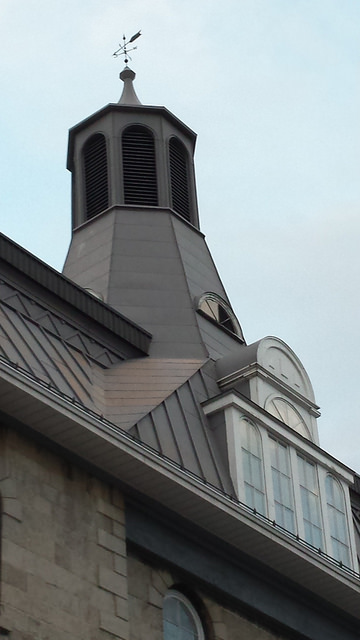 Susan Ross is Assistant Professor in the School of Indigenous and Canadian Studies at Carleton University, where she teaches courses on heritage conservation to graduate and undergraduate students. A registered architect (OAQ), she studied architecture at McGill University and conservation planning the Université de Montréal. She has worked extensively in the private sector, government and NGOs, in Montreal, Ottawa and Berlin. This included new design, additions and adaptations as part of museums, hospitals, industrial sites, schools and housing. As senior conservation architect for the federal government from 2002 to 2013, she provided technical and policy conservation advice on projects across Canada, from early lighthouses to modern federal campuses. This included coordinating the multi-disciplinary revisions to the Standards and Guidelines for the Conservation of Historic Places in Canada (2010). Over the years she has published her research on theatre design, waterworks landscapes, modern and industrial heritage and sustainable heritage conservation. Susan’s contribution to the field of heritage conservation was recognized by her induction in the College of Fellows of the Association for Preservation Technology in 2013. 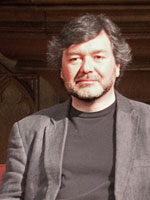 Peter Coffman is an architectural historian in Carleton University’s History and Theory of Architecture program. His publications include the book Newfoundland Gothic and numerous articles in scholarly books and periodicals as well as articles for non-academic audiences. His architectural photography has been exhibited at galleries in Canada and the United States. 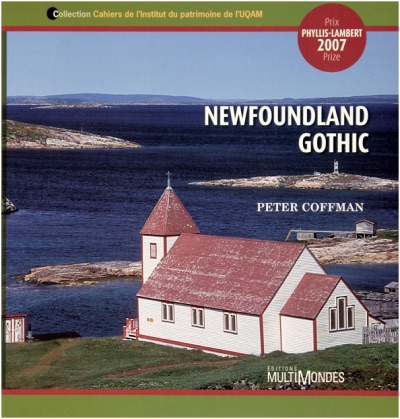 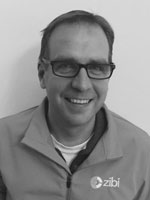 Rodney is a partner in Canada’s greenest real estate development firm, Windmill Developments. Rodney has played an active role in many of Windmill’s previous landmark projects, including The Currents (LEED Platinum), Dockside Green (LEED Platinum), The Vento (LEED Platinum), along with current projects The Eddy, Cathedral Hill, Union Lofts and Whitewater Village. He both sourced the deal and led the master planning of Zibi, a zero-carbon, One Planet endorsed community that has been recognized for excellence by the American Planning Association, the Canadian Institute of Planners and the International Society of City and Regional Planners. Prior to joining Windmill Rodney was an environmental lawyer with West Coast Environmental Law, and founder of Canada’s first green building supply company. 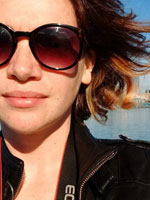 Part anarchitect. Part punk planner. Sarah is an alumna of the Azrieli School of Architecture and Urbanism and currently pursuing a PhD in urban planning at McGill. She is interested in how we shape our cities and how our cities shape us. Her research on transgressive urban spatial practices, traditions, and tactics looks at how marginalized and alternative groups operate around the formal professional structures of urban planning and architecture. Sarah is editor of Spacing Ottawa and co-­director of yowLAB, an Ottawa­ based architecture and design ideas lab and community network. She hosts the Ottawa (de)tours walk on Brutalism. 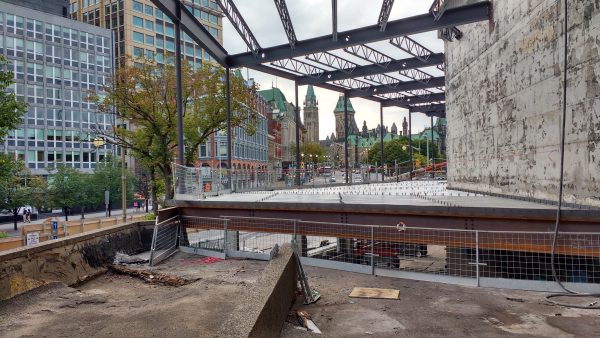 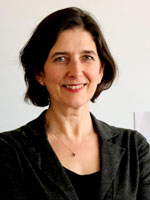 Victoria Angel is an Associate at ERA Architects, in Toronto, where she works on the development of heritage conservation strategies and management plans for historic properties and urban areas. A graduate of Carleton University (B.A. and M.A.), Victoria combines conservation experience in the private, public, and academic sectors. While at Parks Canada, she managed the development of the Canadian Register of Historic Places and subsequently served as the Manager of the Federal Heritage Buildings Review Office. She has taught heritage conservation at the University of Victoria and at Carleton University, where she is an Adjunct Professor. She is also a Faculty Associate at the Willowbank School of Restoration Arts. 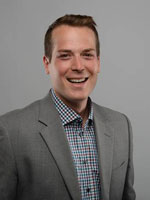 Mathieu grew up in Ottawa and lived in Sandy Hill and Lowertown neighbourhoods for the majority of his life. He is a graduate of the University of Ottawa, where he completed a Masters degree in sports management. After completing his studies, Mathieu decided to take a leap into municipal politics. In 2010, he won the municipal election for the Rideau-Vanier ward and became the youngest Councillor at the City Council table at the age of 25. Since coming to City Hall, Mathieu has worked for the betterment and beautification of the National Capital and the Rideau Vanier Ward, which is home to Lowertown, Sandy Hill and Vanier.

In addition to his work at City Council, Mathieu is an active member of a number of committees: he is the chair the Ottawa Community Housing Board, member of the Transportation Committee and Community and Protective Services Committee, board member of Ottawa Public Health and Ottawa Sports Council, and co-chair of the City’s Task Force on Canada’s 150th Anniversary in 2017.

CU in the City Lecture Series

The aim of CU in the City is to share FASS research with the community by holding research talks in various Canadian cities. The CU in the City series will provide opportunities for FASS faculty and students to interact with one another off campus as well as strengthen ties between FASS and the general public.