As the person who spoke the words “an inconvenient truth” in my introduction to Dennis Edney’s talk about Omar Khadr last week, I was happy to see the comment quoted by Robert Sibley in his February 6th column in The Ottawa Citizen. But what followed was truly a disappointment. Sibley rehearses all the innuendo provided by the American government to the military court which found him guilty, evidence apparently accepted without question by its Canadian counterpart, while ignoring two fundamental matters, not merely of principle but also of international law.

The first is the issue of evidence obtained under torture, in this instance not months but many years of deprivation and extreme physical abuse. As the Chief Justice of Alberta said in her 2014 ruling: “the evidence against Khadr would have been excluded in a Canadian court. The legal process under which Khadr was held and the evidence elicited from him have been found to have violated both the Charter and international human rights law.” Frankly, given the litany of abuses which this young Canadian suffered both before and during his incarceration at Guantanamo Bay, it is amazing that he didn’t also confess to every unsolved crime in American history. Of the various tortures recounted by Mr. Edney, from waterboarding to months of sensory deprivation, the one which turned my stomach was hearing how Omar Khadr’s body was used as a human mop, hair downwards, to clean up a pool of his urine. And we were told that there were many more such stories too horrific to recount to a public audience.  I can only hope that someday those responsible for such despicable actions will be held accountable.

Secondly, Canada and the United States are both among the 159 signatories to a United Nations treaty known as the “Optional Protocol to the Convention on the Rights of the Child on the involvement of children in armed conflict”. The full text of this document is available on the UN website at https://treaties.un.org/doc/source/docs/A_Res_54_263-E.pdf
Article 6(3) of this treaty states explicitly: “States Parties shall take all feasible measures to ensure that persons within their jurisdiction recruited or used in hostilities contrary to this Protocol are demobilized or otherwise released from service. States Parties shall, when necessary, accord to these persons all appropriate assistance for their physical and psychological recovery and their social reintegration.”

“Children” are defined in this treaty as those below the age of 16, and Omar Khadr was only 15 when shot and captured in Afghanistan. So much for our legal obligation to assist in his physical and psychological recovery, let alone social reintegration!

One of the hallmarks of civilized societies since at least the time of the Babylonian king Hammurabi (ca. 1750 BCE) has been the establishment of the rule of law, applied to all citizens in equal measure. The law, as administered through courts which operate at arm’s length from the ruling government, provides a measure of security against arbitrary measures and punishments meted out at the whim of whoever is in power, and this notion constitutes one of human kind’s outstanding ethical achievements. Governments which find it convenient to ignore the law, or choose brazenly to flout it, need to be brought to account.  No individual or government is above the law.  The alternative is anarchy.

Four decades ago, when I spent some years traveling and studying in Europe, I was very proud to be a Canadian, and to be recognized as such. But lately that pride has been replaced by a growing sense of shame, remorse, and much anger at the actions of those who supposedly act in our collective name.

At the event in question I offered the opinion that one of the functions of universities was to act as the “social conscience” of society, drawing attention to the “inconvenient truths” which make us feel uncomfortable and hence which we frequently try to ignore. We need to hear from many more speakers like Dennis Edney. 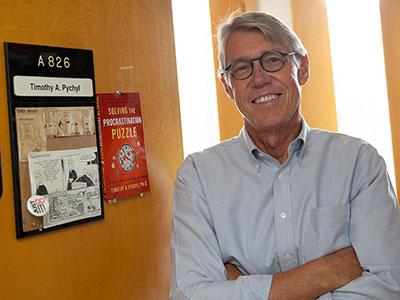