Where Women Are Mining for Economic Independence

By Nicole Findlay
Photos by Luther Caverly and Doris Buss

The mining industry is not usually associated with economic empowerment or emancipation for women. Yet for women caught in conflict-torn countries, mining can provide the means to support themselves and their families.

An estimated third of the world’s mineral resources are located in Africa. The mining industry includes both large and small-scale operations. Artisanal mining refers to mining with minimal technology and generally without formal organization. Individual artisanal miners will perform a range of mining activities such as panning and processing minerals, as well as supporting the labour of others through the provision of goods and services intrinsic to the industry.

“The role of women in artisanal and small-scale mining is often overlooked or minimized by policy-makers and researchers alike,” said Blair Rutherford, director of Carleton University’s Institute of African Studies.

“Yet, women make up the majority of workers in artisanal mines, anywhere from 40 to 50 percent in the sector as a whole, to as high as 90 percent in individual mining zones.”

Rutherford is the project lead of an international research collaboration –“Women in Artisanal and Small Scale mining in Central and East Africa: Empowerment Challenges and Possibilities” – funded under the Growth and Economic Opportunities for Women (GrOW) program, and supported by the United Kingdom’s Department for International Development (DfID), The William and Flora Hewlett Foundation and the International Development Research Centre (IDRC). The GrOW program awarded the three-year project $996,088 in funding to span a period from 2014 to 2017.

The role of women in artisanal and small-scale mining is often overlooked or minimized by policy-makers and researchers alike. Yet, women make up the majority of workers.

The project focuses on women mining for gold, tin, tantalum and tungsten in the Democratic Republic of Congo (DRC), Rwanda and Uganda. Each of the countries is rebuilding after periods of conflict.

“This project emerged from an ongoing collaboration between Blair Rutherford, Joanne Lebert of Partnership Africa Canada (PAC) and myself,” said Doris Buss, Carleton University professor of law and legal studies. “We began working together in 2009 on the topic of sexual violence in conflict zones in Africa.”

In 2013, the trio organized an international workshop in Burundi to address the lack of coordination among various aid agencies in their efforts to end sexual violence in conflict zones.

“One of the themes coming out of the Burundi workshop was on the economies of sexual violence and conflict—and this specific project on women’s artisanal mining—came out of those discussions and from our commitment to building working collaborations between university and civil society researchers in Canada and Africa,” said Buss.

According to the United Nations and the World Bank, female economic empowerment directly impacts the success of peace-building initiatives. Nevertheless, Rutherford says women’s contributions to artisanal mining is overlooked and adversely affected by the mining sector’s legalization and regulation policies.

The project will increase awareness among governments and NGOs of the barriers and conditions faced by women in informal mining. 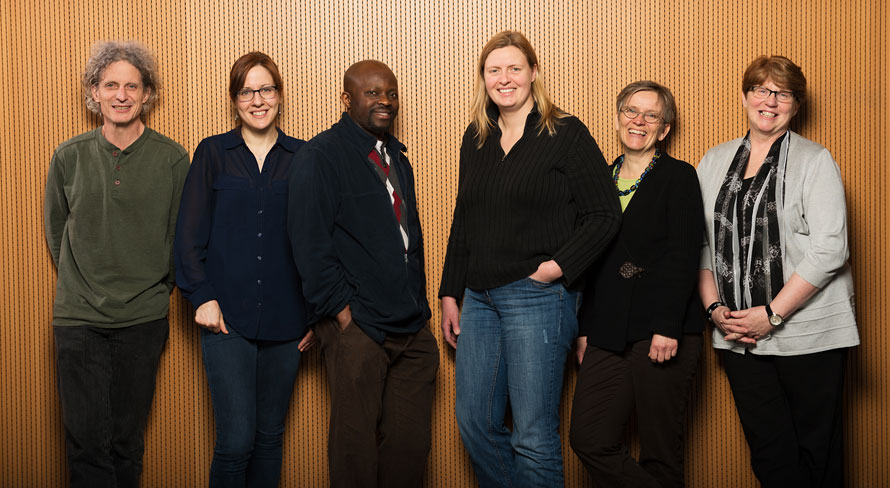 Over the course of the project, they will gather information directly from women involved in mining through participant observation, interviews, surveys, participatory action research and the collection of their life histories. The team will also conduct interviews with local regulation and policy agencies in each of the three countries.

The results will be published and distributed to regional, national and international governments and organizations that develop or shape policies pertaining to the mining sector. Surveys and other data collection methods that are developed during the project will also be made available to other researchers in the field.

“This research could provide substantiated scholarly insight into women and artisanal and small-scale mining which will be of interest to policy-makers, practitioners, activists, and other scholars, while building up the research expertise in this area of our African colleagues,” said Rutherford.