Burkina Faso is widely regarded as the “Home of African cinema.” One of the principal contributors to this designation is the biennial Panafrican Film and Television Festival of Ouagadougou (FESPACO).

Established in 1969, FESPACO is the most significant and elaborate festival of Africa cinema, with more than 300 films screened. For two weeks every two years, the city of Ouagadougou acts as a hub for the most essential debate and reflection on African cinema. The sheer prominence of the Festival means that the brightest stars of African film converge on Burkina Faso.

For the first time, FASS students were offered the opportunity to take the course African Cinema on Location held at the Imagine Institute in Ouagadougou, Burkina Faso. This unique course permitted a wealth of marvelous student experiences, including a visit to FESPACO headquarters. 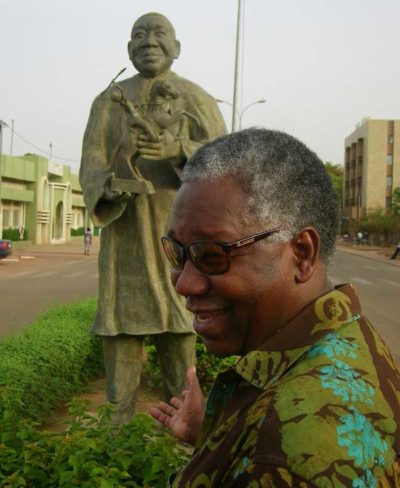 Christine Duff, associate professor in the Department of French, was so intrigued that she decided to participate in the course as a student.

“My area of specialization is Caribbean and African literature in French, and a lot of intersections exist between literature and cinema. Being on location, immersed in the culture, I saw this as a great chance to explore these connections in greater depth.”

“This course had to be on location. The material could only have been taught properly in one place – Burkina Faso!” says Sanogo.

African Cinema on Location was taught, and in large part made possible, by Film Studies faculty member, Aboubakar Sanogo. Born and raised in Burkina Faso, Sanogo’s connections to industry heavyweights and exhaustive knowledge of African film made possible a once in a lifetime opportunity for Carleton Film students.

“This course had to be on location. The material could only have been taught properly in one place – Burkina Faso!” says Sanogo.

With the mandate of achieving a thorough understanding of African cinema in general through a case study of the cinema of Burkina Faso, the intensive three-week course focused on three facets of African cinema: institutions, people, and places.

Students studied the impact of three major institutions of African cinema and the continuing role they play in the destiny of African film – FESPACO, the African Cinémathèque (an institution dedicated to preserving the memory of and disseminating knowledge about African cinema), and the Pan African Federation of Filmmakers (a multi-purposed institution which hosts debates on African cinema, and serves as an advocate for the conception and implementation of film policies across Africa). 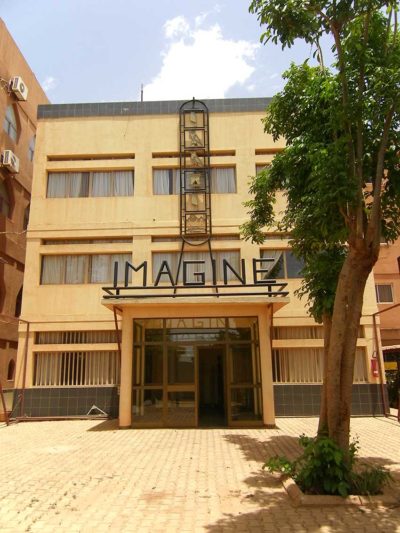 This did however present a challenge for Sanogo. All of the directors gave their presentations in French, so Sanogo found himself responsible for simultaneous translation of the lectures. According to Sanogo, it was not easy, but worth it.

“I think going into the course, some of our students may have thought that they had a firm grasp of the French language. It turned out that it was a bit of a struggle for some of them to understand everything that was being said, so I tasked myself to provide interpretation. Thankfully, Christine Duff was able to help. It was exhausting, but so fulfilling to see them learning directly from the people whose work we studied.”

Sanogo wanted his students to hear from a diversity of film- makers – from award winners to those who are taking their first steps in the industry, from television directors to directors of international hits. Through the hard work of everyone involved, this was achieved.

As an interesting counter-narrative, Sanogo also wanted his students to see the film industry from the perspective of local people who profit from piracy. He arranged for one of these very people to deliver a talk, in which the students learned that it was a common practice for someone who owns a television to organize screenings of pirated films in communal shacks.

At these viewings, which cost very little to attend, viewers are often served omelettes and are treated to two or three consecutive films.

Ensuring that students experienced the whole gamut of film production, the course visited some of the important locations of African cinema, including the iconic filmmakers’ monument (reportedly the only one in the world), various statues erected in tribute to film directors, movie theatres and a video parlor (which participates in the informal economy of cinema), Ousmane Sembene Avenue, Hotel Independence (the locus classicus of African cinephilia), FESPACO Headquarters, and a variety of film locations.

Sanogo and his class would often wrap up by going out for dinner.

Ordering African cuisine was a new experience for the majority, so Sanogo assisted where he could. He would quietly laugh to himself as he watched students become accustomed to African restaurant turnover time – food can take up to two hours to arrive after ordering! Though they were all eager to get their dishes (which were usually a hit), the extended wait time gave them greater opportunity to discuss African film and their awe- inspiring surroundings.

In Duff’s dual role, she was able to appreciate the course on two levels.

“As a professor of French Literature it was amazing to see how open the students were to new experiences. You could see them grow and adapt. Being immersed in a French-speaking environment, their confidence in the language grew every day. For me personally, the experience was rich on so many levels. Professionally and culturally, I had so many perspective-altering moments. The sounds, the smells, the sights of Burkina Faso must be felt first-hand. It was my first trip to the continent, and now I cannot wait to go back.”

Will Tait, a PhD student in History echoes Duff’s assessment.

“As a history student I observed the theories that I study play out on the streets of the capital, Ouagadougou and in the communities we traveled to on field trips. The contact with the people that we met and the other students on the trip really made me think and re-examine the links and disconnections be- tween where I live and the places we visited. The trip to Burkina Faso, and experiencing the country and the region became an essential part of my learning experience and one that I would enthusiastically recommend to any student.”

Providing his students with an illuminating look at the African film industry was a triumph for Sanogo. He can hardly believe the course was able to accomplish all it did in a short, three-week span.

“It was an intense, stimulating experience. Day after day, week after week, we had a full array of fantastic learning opportunities. To be able to see Burkina Faso through the eyes of my students was my favourite part. I would like to believe that for each student, there was their life before Burkina Faso and now life after African Cinema on Location.”

Ask the average person what it means to be a refugee, and they’ll probably think back to the latest news coverage, for example the recent influx of thousands from Africa and the Middle East moving... More

Before coming to Carleton to study permafrost in Canada, Stephan Gruber did field work while suspended from a rope in the Swiss Alps, where the immediate impacts of global warming include a heightened risk of... More