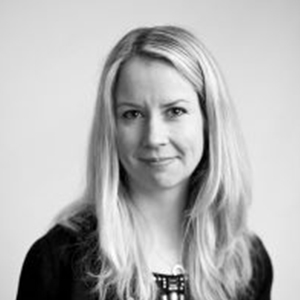 Mary Francoli is Associate Professor of Communication and Media Studies. She is also an Associate Dean and Director of the Arthur Kroeger College of Public Affairs. She holds a doctorate in Political Science from Western University. Prior to joining the School of Journalism and Communication, she was the Leverhulme Visiting Fellow in New Media and Internet Politics at Royal Holloway, The University of London.

Dr. Francoli’s research looks at the relationship between digital media and issues related to politics and governance. While this is a large and diverse field, most of her research has focused on the way that digital media has impacted three broad areas: (1) citizen engagement and mobilization, (2) governance, and (3) access to information and data.

Francoli, M, Greenberg, G., and Waddell. (2016). ‘Like, Share, Vote: the CTV/Facebook Partnership and the 2015 Canadian Election’ in Jon Pammett and Christopher Dornan eds. The Canadian Federal Election of 2015. Dundurn.

Clarke, A. and Francoli, M. (2014). ‘What’s in a name? Questioning the homogeneity of ‘open government’ programs across seven countries,’ Journal of e-Democracy and Open Government, 6/3.

Francoli, M, Waddell, C. and Greenberg (2011). ‘The Campaign in the Digital Media’ in Jon Pammett and Christopher Dornan eds. The Canadian Federal Election of 2011. Dundurn.

Francoli, M. (2008) “Death by Blog? An examination of the relevance of mainstream media in the era of citizen journalism” in Josh Greenberg and Charlene Elliott eds., Communication in Question: Competing Perspectives on Contentious Issues in Canadian Communication Studies, Thomson-Nelson.

Francoli, M., Ostling, A., and Steibel, F. (2015). From Informing to Empowering: Best Practices and Recommendations for Improving Government-Civil Society Interactions within OGP.