An Application of Deontology: Do Codes of Ethics Create More Philanthropic Giving?

Years ago, a board member committed an ethical breach at an organization where I worked. It was a tough situation, as I was just starting out and didn’t have a lot of experience. Eventually, I took action – and all hell broke lose. In short, I got fired, the only time in my 30-year career that’s happened.

The search for “easy” answers to ethical problems is challenging and complex. Ethical codes and standards of practice are hallmarks of any profession, but they can also be as clear as mud. What’s legal isn’t always ethical. What’s moral isn’t necessarily legal. And what’s right isn’t necessarily discernible. This is true in the philanthropic fundraising profession as well.

The Association of Fundraising Professionals (AFP), arguably the world’s largest and most influential umbrella organization, offers a few answers. The AFP was established in 1960, and one of its founding objectives was to foster ethical fundraising as a means of building the public trust on which philanthropy rests. The AFP Code of Ethical Principles and Standards was developed in 1965 and remains a core element of the profession. In 2006, the Code served as catalyst for the International Statement of Ethical Principles in Fundraising, now recognized in 24 countries.

Although the Code covers a range of situations, by far the most frequent relate to seven areas: tainted money; compensation; privacy; appearance of impropriety; stewardship; honesty; and transparency or conflicts of interest. The Code’s guidelines and enforcement procedures are aspirational in their goal of fostering public trust in these and other areas, but is there a straight line between adherence to the Code and greater giving, let alone better giving?

One can infer such a relationship in Canada from the growth of AFP membership, the parallel growth of giving, and the confidence that Canadians have in the charitable sector. Consider the following:

These statistics are compelling, but they don’t tell the whole story. After more than 30 years of experience, I know there’s a strong link between ethical practice, public trust and philanthropic giving: ethics and ethical codes have strengthened these links, and will continue to do so. In the end, ethics is mainly about the trust that the public places in us and on the charitable work we do.

Andrea McManus is known internationally for her passionate belief in philanthropy and the value of the nonprofit sector in Canadian society. She co-founded ViTreo, a fundraising and nonprofit leadership development firm. Also, McManus was the first person outside of the US to be Chair of the International Board of the Association of Fundraising Professionals, in 2011-12. McManus is on Twitter, as well as LinkedIn and Facebook. 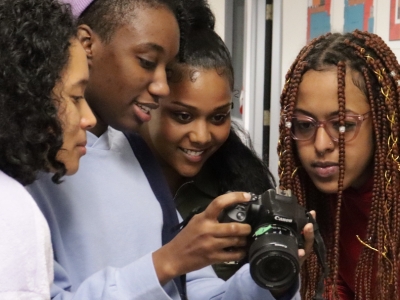