After the Golden Age: An Argument for “Spend-Down”

Until 2010, the disbursement quota provisions in the Income Tax Act mandated that charities handle donations in one of two ways: for immediate use or held as long-term endowments through the “10-year gift” capital hold mechanism. These binary rules drove donor and charity behaviour. The 2010 reforms provided charities with greater flexibility regarding the acceptance and use of funds. They have also transformed the way major donors plan their philanthropic legacies.

The concept most shaken is the “perpetual” endowment. With roots in trust law, the perpetual endowment is a long-term investment fund that keeps the capital intact and distributes the annual income for charitable purposes. The concept was embraced by large Canadian charities in the last 25 years. According to Benefits Canada, endowments in Canada grew from $14 billion to $41 billion in the period 1997 to 2007. 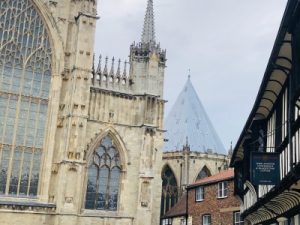 This period was the golden age of charity endowments in Canada. Endowments were heavily promoted by fundraisers, especially at institutional charities, such as universities and hospitals, as well as community foundations. Endowments also supported the advent of a “major gift” culture, driving up value of donations during the period. An endowment enabled charities to make the case for a much larger gift — up to 25 times what the non-endowed equivalent would be.

The promise of endowments is that they would provide permanent, gradually increasing support for the mission of the charity. While the perpetual endowment is a compelling concept, the 2010 legislative changes have slowly altered the dialogue between charities and donors about large gifts of capital. Are perpetual endowments the best way to maximize public benefit? Will value grow over time, or is the endowment an inherently inefficient use of capital?

The middle ground between the immediately expendable fund and the perpetual endowment is the spend-down or time-limited fund. They are now offered by institutional charities as well as public foundations with donor advised funds. A “spend-down” fund is created with a single large gift, but expended within a defined period of time for maximum philanthropic benefit. With estate gifts the timetable is built in upfront. For example, the fund may pay out in equal instalments over ten years.

The spend-down fund ensures assets are protected, prudently managed, and distributed in accordance with the need (and capacity) of the beneficiary. True, these funds won’t last forever, but they will provide a greater benefit for a concentrated period. Spend-down funds are an important third option for estate donors planning their legacy.

Read Burrows' other article on PANL Perspectives: Folly? What No Large Charity or University Fundraiser Wants to Read.

Reprinted with permission. This article was originally published by www.allaboutestates.ca on November 16, 2017.