Tragedy struck the small town of Humboldt, Saskatchewan, in 2018 when a bus carrying the Broncos junior hockey team smashed into a truck that ran a stop sign. The crash killed 16 young men and team staff, and injured 13 others.

Sylvie, a mom of two teenagers and the hairstylist who bleached the players’ hair for playoff games, was at home when she heard the news, and she messaged a friend. They both understood how deeply the tragedy would affect the community: everybody knows everybody in Humboldt. They set up a GoFundMe campaign, with a goal of raising $10,000, to help the affected players and families “with any expenses incurred.”

Overnight the campaign reached $80,000. A few weeks later, just before the campaign shut down, it raised $15.2 million from people in 87 countries – the largest crowdfunder in Canadian history.

Humboldt had no existing philanthropic institutions that could assist. The nearest community foundation, in Saskatoon, had the mechanisms and experience, but as ‘outsiders’ they couldn’t help. Sylvie and her friend asked the Broncos Hockey Club to take charge of the fund, and its board set up a new nonprofit, the Humboldt Broncos Memorial Fund Inc. (HBMFI), to manage the distribution. Soon after, matters became divisive and nasty.

Several families complained about a lack of communication by the HBMFI board. But, as its board chair noted about the work: “It’s a volunteer position. I have a full-time job. I have a family… I can’t always be available to the families, and to respond to the families whenever they ask for something.” 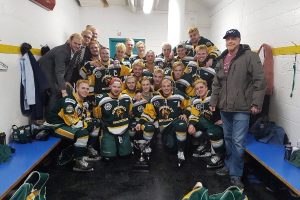 Big questions loomed – as well as one answer, luckily

What to do? Who should receive the funds? Would all affected families get an equal share, or did those who lost a family member deserve more? What about the hospitals, air ambulance and mental health agencies that had provided assistance and care?

Fortunately, Saskatchewan had a framework to guide decision-making – the only province that has one. In 2015, the Saskatchewan government had enacted the Informal Public Appeals Act upon the recommendation of the Uniform Law Conference (a national body that harmonizes laws across the country). The Act allows a trustee, donor, beneficiary or the Attorney General to ask the courts to resolve disputes and outstanding issues arising from crowdfunding and other appeals by anyone other than a charity or qualified donee. The Act was the answer. The HBMFI board asked the court for assistance, the first test of the Act since it was created.

The eight-month process for all this seems long, but as a director of the HBMFI told The Globe and Mail newspaper: “Without the committee, there would have been pure chaos.”

How do you divide $15 million among traumatized people?

The court approved an immediate payment of $50,000 to each of the families of the 29 victims, and set up an advisory committee of respected citizens – including a retired Saskatchewan judge, a Saskatoon surgeon, and an Olympic gold medalist in hockey – to make recommendations about the remainder of the money.

In spite of the initial wording of the GoFundMe page, the court decided that the money could go to more than the families’ expenses. That left the big question: how much to each family?

The committee consulted with the families, most of whom recognized that some might deserve more than others, but three families were insistent that the money be divided equally. It was a fractious process.

Ultimately, the committee proposed that each of the 16 families of those who died receive $525,000 and those of the 13 surviving players receive $475,000 each. The court accepted this recommendation.

Two crucial takeaways for the rest of Canada 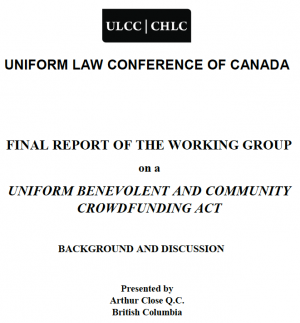 The Act provided a rational process into a grief-stricken situation. It relieved the GoFundMe organizers and the HBMFI volunteer board of the impossible task of making decisions that affected their neighbours and friends. It enabled a means of dealing with the huge excess of funds beyond “any expenses incurred,” which under trust law might have had to be returned to donors – likely not feasible because of crowdfunding processes.

Provinces and territories need to act. That’s the first takeaway. Crowdfunding – and the challenges it presents – are here to stay. In August, 2020, the Uniform Law Conference updated the model legislation, renaming it the Uniform Benevolent and Community Crowdfunding Act, 2020. The challenge is to adopt it.

But is legislation enough? While the Act in Saskatchewan has been celebrated with helping during a tragedy, few involved knew it existed at the time or how to navigate the system to trigger it when they found out about it. So, in addition to adopting crowdfunding legislation, provincial legal systems could use a ‘public navigator.’ This is the second takeaway. Such an officer could provide advice to people like Sylvie and the HBMFI volunteers or could direct them to philanthropic resources, such as community foundations who could assist.

We owe at least that much to the victims and survivors of disasters. 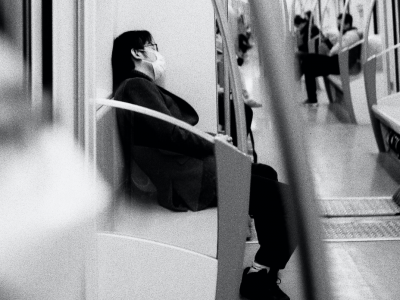 The COVID Crisis & the Imperative for Change

The COVID Crisis & the Imperative for Change

COVID-19 is already having a devastating effect on Canada’s charitable and nonprofit sector, which employs about 10 percent of the workforce. 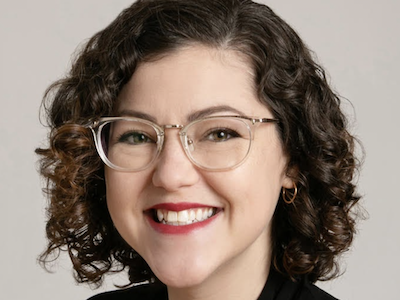 Amanda Fritz is an MPNL graduate and the Director of Major Gifts at the Montreal-based Fondation CHU Ste-Justine. PANL Perspectives spoke to Fritz about fundraising’s dynamic nature and the importance of making career changes within... More 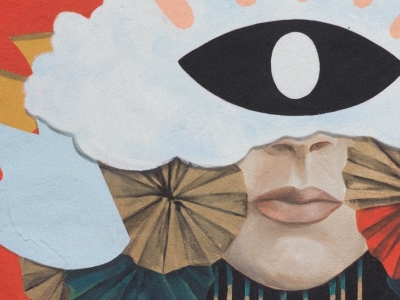 You Are Not Alone: How the Field of Design Supports the Nonprofit Sector

You Are Not Alone: How the Field of Design Supports the Nonprofit Sector

By Chiara Del Gaudio. Canada’s nonprofit and philanthropic sector is facing a major task of rebuilding and reinventing during the pandemic. This includes a fundamental reworking of our systems of care, developing radically different funding... More 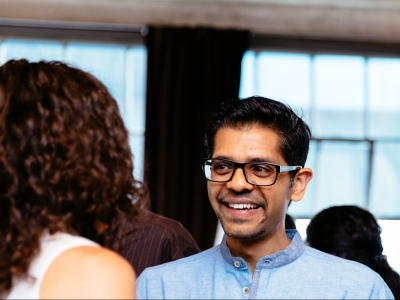 The partners of the foundation encouraged it to consider its own power and privilege as a funder from the global north. In response, the foundation adopted a new theory of change and developed a stream... More