Congratulations to Grace Dupasquier and Paige McSheffrey, recipients of the 2022 Ian MacDonald Memorial Essay Prize. The awards were presented on September 9 at the annual SPPA Alumni Reception in Richcraft Hall, Carleton University. 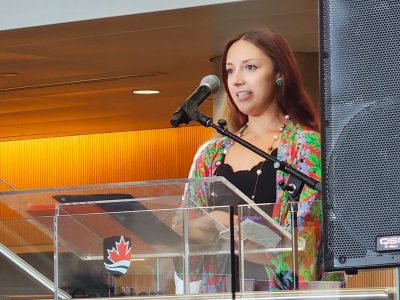 Grace Dupasquier talks about her prize-winning essay at the Alumni Reception September 9.

Summary: The conditions in which federally sentenced women in Canada live are inadequate for their wellbeing. In 1990, a significant reform process was begun to attempt to correct these concerns, which culminated in the writing of the Creating Choices report, a document which mandated systemic reform to federal correctional policy for women. Unfortunately, the implementation of these policy reforms was severely hamstrung by the neoliberal “paradigm shift” (Hall, 1993) in Canada, which emphasized punitive responses to crime, successfully parrying attempts to reconstruct women who are convicted of crimes as deserving of care and wellbeing. While the recommendations of Creating Choices were still in many ways implemented, their implementation occurred in a much different “political stream” (Kingdon, 2014) than the one they had been written for, resulting in the reforms in many cases making life for incarcerated women harder, not easier. Cursory changes to correctional policy which could alleviate some of these concerns are suggested, but it is concluded that more broadly, the “practicality” (Pal et al., 2021, p. 376) constraints of policy discussions limit the understanding of the real lesson in the failure of Creating Choices’ implementation – reform to prisons is not likely to improve the wellbeing of incarcerated people in a neoliberal structure. Because of this, prison abolition, a concept often avoided in policy discussions due to perceived lack of practicality, may actually be more practical than it is given credit for, if the true goal of correctional reform is to improve the wellbeing of people who are convicted of crimes. 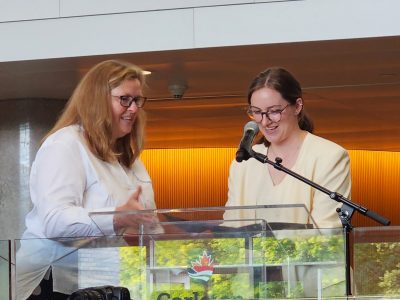 Essay Title: The Kids are Alt-Right: Social Media and Right-Wing Radicalization to Violence

The increase in right-wing extremist online radicalization to violence presents a modern governance challenge in Canada, as the government must balance public safety objectives with the rights and freedoms that citizens are entitled to in a liberal democracy. In Canada, the size and visibility of far-right movements continues to grow. Many ring-wing extremist events and groups that organize and recruit via the internet have made headlines in recent years and right-wing extremist acts of terrorism have more than tripled from 2015 to 2020. Some of these events include the 2017 “Unite the Right” protest in Charlottesville, the Toronto van attack in 2018, the Christchurch attack in 2019, and the occupation downtown Ottawa for three weeks starting in January 2022. It is clear that social media is becoming an increasingly important tool in the radicalization to violence process. What is less clear is the role that social media plays in the process. This paper examines how social media contributes to right-wing extremist radicalization to violence as a neutral facilitator and as an echo chamber. The paper provides a critical commentary on Canada’s 2018 National Strategy on Countering Radicalization to Violence. In particular, the National Strategy’s complete dismissal of the echo chamber effect, reliance on social media companies’ control of their sites, and emphasis on terrorist groups as opposed to lone-wolf and stochastic terrorism are potential weak points in Canada’s current policy.