Carleton University grew out of a community movement interested in enhancing public service. Created in 1942, Carleton College was Canada’s first non-denominational college, and the initial programs in Public Administration and Journalism were the first of their kind in the country. In the summer of 1943, the Institute of Public Administration was established and it opened its first (evening) classes on October 4.

In September 1946, Carleton College for the first time came into possession of a building of its own, a four-story structure situated at the south-west corner of First Avenue and Lyon Street, on a property running west from Lyon between First and Second Avenues. 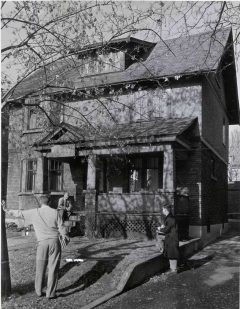 The School of Public Policy and Administration has continued to prepare students for careers of leadership and meaningful contribution across the public, private and nonprofit sectors.

SPPA delivers a range of professionally-relevant academic programs that balance theory and practice, tradition and innovation. We offer an energizing intellectual environment, an expansive community of scholars and practitioners, as well as a welcoming culture that respects and supports diverse perspectives.

Consider giving to the 80th Anniversary fund to make these events possible. Your support will allow for international experts to present to our students and for both in-person and on-line formats to be used so that a wider audience can be reached.