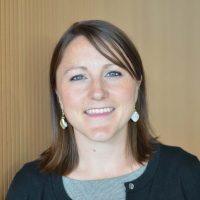 Professor Amanda Clarke’s research examines public administration reform, public service delivery and the relationship between state and non-state actors, focusing in particular on the impact of digital technologies in these domains. She is author of Opening the Government of Canada: The Federal Bureaucracy in the Digital Age and a research fellow with the Canada School of Public Service. In 2021 she was awarded a Government of Ontario Early Researcher Award, and included in Apolitical‘s list of the Top 100 Most Influential Academics in Government. You can follow her work at amandaclarke.ca and on Twitter @ae_clarke.

Clarke, Amanda. (2020). “Digital government units: what are they, and what do they mean for digital era public management renewal?” International Public Management Journal. 23(3): 358-379.

Clarke, A., & Francoli, M. (2014). “What’s in a name? A comparison of ‘open government’ definitions across seven Open Government Partnership members”. eJournal of eDemocracy and Open Government, 6(3). Available at http://www.jedem.org/index.php/jedem/article/view/227/289

Clarke, Amanda. 2014. “One of These Things is Not Like the Other: Bottom-up Reform, Open Information, Collaboration and…the Harper Government.” in How Ottawa Spends, 2014-2015. G. Bruce Doern & Christopher Stoney, eds. Montreal: McGill-Queen’s University Press.

Reports and Other Publications

Clarke, Amanda. (2015). “We’ve Got Some Catching Up to Do: The Public Service and the 2015 Federal Election” in Canadian Election Analysis: Communication, Strategy, and Democracy. Eds. Alex Marland and Thierry Giasson. UBC Press and Samara Canada. Available at http://www.ubcpress.ca/canadianelectionanalysis2015/CanadianElectionAnalysis2015.pdf

Clarke, Amanda & Dubois, Elizabeth. (2015). “Forced to tweet in both languages ministers lose their impact.” The Globe and Mail. 19 February.

Clarke, Amanda. 2013. “Exploiting the Web as a Tool of Democracy: New Ways Forward in the Study and Practice of Digital Democracy“. Report prepared for the Council of Europe for the World Forum for Democracy. Strasbourg, France.

Clarke, Amanda. 21 November 2011. In need of a nudge: A low-cost, do-it-yourself way to get voters to the polls. iPolitics.

Interview on the Code for Canada fellowship and government tech talent needs. 24 July 2019. All in a Day, CBC Radio.

Interview on government use of social media influencers. 15 June 2019. The House, CBC Radio.

“How many groups does it take to craft a tweet in this government body? Eight.” 6 February 2013. Chris Hannay, The Globe and Mail.