[Millennials’ Voices] Issue 1: Kids these days and their Social Media

Social media, the major social networks and platforms as we know them today, were originally conceived with much more humble and basic functionality in mind. The word “social”, in social media, originally referred to socialization, not society. Originally, they were simply intended to digitize connection, communication, and community. They were not envisioned to facilitate the sway of elections, to incite policy change, to topple regimes, or even the planning and execution of a say a food drive, or say, foster discourse surrounding male entitlement, not even to facilitate a group of friends meeting up for coffee. That’s what poster boards in university hallways were for, a phone call or text message, maybe a mass email. It was not imagined the online world would spill into the offline world to such extreme extents, these were supposed to two relatively distinct realms of existence.

Seems quite naïve in retrospect, how did we not all realize that these worlds were destined to collide in such spectacular a way, to become so entangled? Well, a select few did, but how did the rest of us not heed these prophecies? Information, communication and media scholars like Henry Jenkins. Manuel Castells, and Ethan Zuckerman, the Digital Youth Project helmed by Mimi Itō with help from the likes of danah boyd, foresaw this convergence of the offline and online, of new and old media. But the rest of us, architects of the platforms seemingly included, either ignored or in most cases just weren’t aware of these premonitions.

Something to take into consideration, but perhaps not the one of the most pertinent issues at hand now. The social media revolution is now in full swing, how prepared we were for it is less important a topic of discussion than how we are currently navigating its disruptions.

What are some of these disruptions? The common trope now of blaming Millennials for everything has morphed from curious click-bait to comical sensationalism. Our first batch of student-scholars, Anna Hum, Frejya Wilson and Megan Harvey, explore how this generation’s online existence has been noted and condemned as being hyper narcissistic, being socially conscious and compassionate but perhaps only narcissistically and conditionally so, and for plaguing the online public sphere with trolling, shaming, ‘alternative facts’ or borderline conspiracy fodder type content.

It isn’t lost on Millennials that much of the popular discourse surrounding digitally networked youth culture and society seems to emanate from the outside looking in, relying on whatever recent mean world syndrome-esque study or line of thinking is in vogue, whatever ‘facts’ fit the narrative they are trying to push.

For example, perhaps you’ve heard that social media and smartphones are as addictive and harmful as heroin and cocaine (Business Insider, Fox). That’s right, last year a flurry of articles from reputable (and less so) outlets were reporting that some health professionals and studies were comparing our devices and social media to illicit drugs that even a few milligrams worth of can kill a healthy adult in a matter of minutes.

This would make us a society of incredibly high functioning hard-core drug addicts if it were true. Considering the life decimating effects of traditional hard-core drug addiction, we seem to be handling it pretty well. The real story is that similar reward areas of the brain are activated when one, say, notices they’ve gotten a handful of likes, as well as when one consumes drugs. That is to say they both release some amount of dopamine.

Well, guess what? So does eating cheese. Has there been a cheddar moral panic? Perhaps because everyone likes cheese; it’s not just some new-fangled innovation that ‘the kids’ have come up with? For the record, even exercise activates reward centres of the brain. Maybe that’s why Richard Simmons always seemed tweaked.

The point is, we need to be diligent and responsible in our dissemination and consumption of info concerning this new phenomenon and its disruptions. Social media and the emergence of mobile devices has led to those – with the means – to be connected literally 24/7/365 (even in the shower! Even during … sex?), and this is a huge paradigm shift, and there are going to be aspects of it that take time adjusting to. Some of these disruptions will be troublesome and genuine cause for concern, but more often these narratives may be akin to an old man yelling at a cloud. 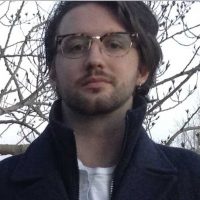