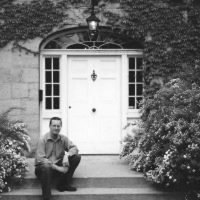 Short Bio: Bruce Elliott is a specialist in 18th and 19th century social and immigration history, in local and community history (both as a discipline and in the specific contexts of eastern Ontario and western Quebec), and in material culture, public history and heritage studies. He was the graduate chair of Carleton’s Department of History for seven years, and was one of the founders of its MA in Public History, in which he remains active as a teacher and supervisor. His current research is on the North American monument industry, particularly its transition from craft to industry. Bruce is active in the local heritage community in an advisory capacity to local government, and is involved with Pinhey’s Point and Fairfields historic sites.  He was the former City of Nepean’s historian from 1986 to 1990 and the author of The City Beyond: A History of Nepean, Birthplace of Canada’s Capital, 1792-1990 (1991).  His publications have received awards from the American Association for State and Local History, Canadian Historical Association, Ontario Historical Society, and Champlain Society, and his activities in heritage have been recognized by awards from the Ontario Heritage Trust, Ontario Genealogical Society, British Isles Family History Society of Greater Ottawa, Institut d’histoire et de recherche sur l’outaouais, and by the award of a Nepean 2000 Millennium Medal.