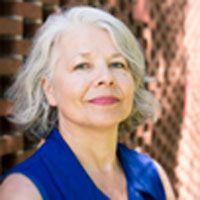 Short Bio: Carol Payne is a specialist in the study of photography and was a curator before coming to Carleton. She teaches undergraduate and graduate classes in the history and theory of photography as well as other Art History courses. Among other institutions, I have worked for the Canadian Museum of Contemporary Photography (an affiliate of the National Gallery of Canada), the J. Paul Getty Museum (California) and the London Regional Art Gallery (now Museums London). Carol is interested in photography as a “social practice” — that is to say, she does not look at photographs as straightforward and unequivocal historic records but instead examines how they mediate lived experience.

Research: The Official Picture: The National Film Board of Canada’s Still Photography Division and the Image of Canada, 1941-1971 (McGill-Queen’s University Press, 2013); “Mapping Views from the North: Cybercartographic Technology and Inuit Photographic Encounters,” in Fraser Taylor, ed. Developments in the Theory and Practice of Cybercartography: Applications and Indigenous Mapping (Elsevior, 2013), 191-200, co-authored with Sheena Ellison and Amos Hayes.The Cultural Work of Photography  in Canada, co-Editor with Andrea Kunard (Montreal: McGill-Queen’s University Press, 2011)