Reflecting on Twenty Years of The Bachelor of Humanities

On Friday the 30th of September, the Bachelor of the Humanities program welcomed alumni and their families back to Carleton to celebrate the program’s 20th anniversary. Faculty and former students caught up with each other at an informal pub-night and a gala dinner, and seven alumni turned the tables on their former professors by giving a series of TED-style talks on their current experience and expertise from the front of their old lecture-hall. A family picnic and an opportunity for current students to connect with alumni as mentors rounded out the weekend.

In the mid 1990s, a group of professors who were unhappy with the state of Canadian liberal arts education decided to found the College of the Humanities at Carleton. They followed the elite Great-Books model pioneered by American institutions such as the University of Chicago and St. John’s College, which emphasizes primary texts and small discussion groups.

After extensive discussion at all levels of the University, the College of the Humanities opened its doors in 1996, under the direction of Professor Peter Emberley, with a mandate to recruit some of the best students in Canada and to give them a deep and comprehensive liberal arts education. The elite model of the Bachelor of Humanities was soon followed by other limited-enrolment programs at Carleton, such as the Arthur Kroeger College of Public Affairs.

“I cannot imagine a more gratifying environment to teach in. The students are really brilliant. They do the reading. They attend the lectures. They speak up in discussion group. What more could you want?” remarks Professor Erik Stephenson, who teaches the Core-Humanities Seminar in Ancient and Medieval philosophy. 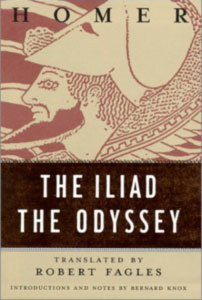 Bachelor of Humanities students concentrate on key disciplines such as religion, philosophy, literature, history, and political theory, through a series of Core–Humanities Seminars, each taught by two professors, including small discussion groups. But they supplement this core with required courses in Greek and Roman literature, the early history of the Abrahamic religions, the history of art, the history of music, British and European literature, and modern science.

Unlike most liberal arts programs, the Bachelor of Humanities has a significant Eastern component, and its students study the great Hindu texts such as the Bhagavad-Gita and Chinese texts such as the Tao Te Ching with as much excitement as they study Plato’s Republic or Dante’s Divine Comedy. In all of their courses the focus is on reading primary texts, and students graduate with first-hand knowledge of Homer, Plato, Augustine, Dante, Chaucer, Shakespeare, Voltaire, Mary Shelley, Nietzsche, Hannah Arendt, Heidegger, and many others.

At first Humanities students were restricted to only four concentrations, in the liberal arts, philosophy, literature, and history, but very soon the faculty realized their students had a much wider range of interests than they had anticipated.A curriculum change allowed students to pair their Humanities core with the full range of combined honours subjects at Carleton. New versions of the Humanities program were added — Humanities and Biology, Humanities with a Study-Year Abroad, Journalism and Humanities — allowing students to use the program as an academic home-base while pursuing even wider interests. 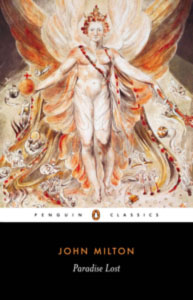 “Our students are incredibly diverse,” says Professor Kimberly Stratton. “They are interested in everything. They all read the same core texts, but then they get interested in diverse subjects like graphic-novel versions of the Bible, the neglected writings of Early Modern female philosophers, or creating music for the surviving lyrics of Medieval troubadours.”

Students still benefit from the small community offered by the program. Seventy keen minds join their ranks each year, becoming close friends with each other and with their professors. Students support each other in their studies, and remain in touch for years after they graduate. “Some of my best friends are former students,” says Professor Gregory MacIsaac. “Erik Stephenson, for example, was one of the smartest students I ever taught, and he is now a dear friend, in addition to being one of my colleagues. It is such a joy for me to teach HUMS 2000 with him, and really to continue a philosophical conversation that we started over fifteen years ago.” 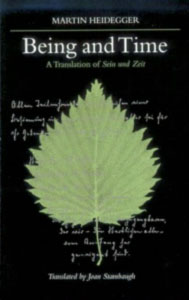 Humanities graduates have proven to be remarkably prepared for what comes next. A large percentage of them have gone on to further study at prestigious graduate schools such as Harvard, Oxford, the University of Chicago, Boston University, Notre Dame, the London School of economics, Sciences Po (Paris), McGill, the University of Toronto, and many others. Many have entered prestigious professional programs in fields such as law, medicine, or journalism. Alumni work in interesting and challenging careers in fields such as the arts, business, education, international development, cultural planning, high-tech, or public policy, and many others. In all cases graduates report that the skills they learned in Humanities—thoughtful reflection, clarity of written and oral expression, a comfort with diverse viewpoints—have been the foundation of their success.

The Bachelor of Humanities program has much to celebrate. Twenty years of reading, writing and thinking has produced a growing body of interesting and accomplished alumni. The celebration weekend was a wonderful opportunity for them to meet old friends, pick up old conversations, and start new ones. With their support, and a continuing commitment to the principles of Great Books education, the program can look forward to another twenty years of success.

Amanda Hadi (B.Hum, 2010) is a Toronto-based editor, cultural communications person and social media technocrat who has made a career successfully bridging the gap between a 19th-century impresario and a 21st-century internet meme generator. She is currently a full-time Digital Engagement Producer for the Toronto International Film Festival, and spends her evenings running the editorial and digital media strategy of the renowned Canadian indie opera company Against the Grain Theatre. She has worked for the Canadian Opera Company, the City of Ottawa Public Art Program, several creative branding studios in Toronto, and, most recently, as the Social Media Officer for the Art Gallery of Ontario. She has been profiled in Flare Magazine, NOW Magazine, Metro News and 500px.

Amanda on the College:

The College of Humanities equipped me with a set of specific skills that made me an appealing candidate for future employers in the creative industry. After four years in the program, I became a strong, persuasive writer and communicator; an eloquent and engaging speaker; a savant in the fields of opera, film, literature, and art history. Above all, Humanities instilled in me a taste and tenacity for learning. I’ve been able to move from a traditional print editorial career into new digital and technologically advanced fields — including social media, livestreaming, epublishing, and web management — because of my Humanities-taught ability to pick up new methods, theories and languages.

Some of Amanda’s related work:

Saleema Nawaz graduated from the College of the Humanities in 2002.

Since then, she has published a short-story collection, Mother Superior (Freehand Books), and a novel, Bone and Bread (House of Anansi Press), both of which have received critical acclaim: Mother Superior won the 2008 Writers’ Trust / McClelland & Stewart Journey Prize; Bone and Bread won the Quebec Writers’ Federation’s Paragraphe Hugh MacLennan Prize for Fiction (2013) and was a finalist on CBC’s Canada Reads competition (2016).

Saleema discussing her experience with The College of the Humanities:

I feel incredibly privileged to have attended the College. It was an amazing time to encounter these great works and to think and work alongside other students and professors who believe that words matter. That ideas matter. To tell you the truth, I haven’t stopped thinking about the subjects I studied in Humanities. The works we studied are ones with which you could easily remain in conversation for a lifetime.

Jen Carswell graduated from the College of the Humanities in 2006. She went on to receive a master’s degree in journalism from the prestigious Centre de Formation des Journalistes in Paris four years later. After graduating, Jen worked as a production assistant at France 24, the rolling news channel in the French capital, before moving to the economics desk to become the morning business producer. She occupied this role for a year and a half. In 2012, Jen moved to London, England, where, within a few months, she took up a role at the British Broadcasting Corporation as a broadcast journalist for World Television. She has worked as a senior producer for both news and business news over the last three and a half years.

Jen on her experience in the College of the Humanities:

Humanities was where I learned to think. It’s when I discovered what real critical thought was and began to apply it not only to my studies but the world around me. I continue to use the skills and judgment that I cultivated during my time at the college on nearly a daily basis. I don’t think I’d be the journalist I am today without that particular education; I am not sure I’d be the person that I am today either.

Technically, Francis Bakewell didn’t actually graduate the program, as he was accepted into medical school early, after his 3rd year of Hums. He was in the class of 2010.

Francis on his experience in the College of the Humanities:

The College of the Humanities provides a broad and yet extraordinarily thorough education in the essential works of civilization. Its students engage not only with original sources, but with their peers, and their professors, in a conversation that has spanned millennia. At the same time, it offers the flexibility, and instills the confidence, to pursue a wide range of particular academic interests, whether in history, literature, philosophy, music, art, or the sciences. In so doing, Humanities students learn to think critically, actively, and passionately about both who we are as a species, and who they want to be as individuals It’s an exercise in empathy that serves me every day in the emergency room, where we’re routinely confronted with the highs and lows of human experience, often at its most visceral. Studying at the College laid the foundation for my understanding of human suffering and pain, but more importantly happiness and hope, and I can’t imagine where (or who) I’d be were it not for my time there.

Deepro Chowdhury graduated from the program in 2015 and is currently studying medicine at McMaster Medical School in Hamilton, Ontario. In the future he hopes to train as an oncologist.

I’m always thrilled to explain to people what I did my undergrad in (Humanities and Biology). Far from being sceptical, everyone I’ve talked to has been interested to hear that I come from a non-traditional (e.g., biochemistry, health sciences, etc.) academic background. The HUMS program gave me excellent preparation for the medical school admissions process as well as McMaster’s medical program especially. The curriculum is based on small-group, discussion based learning, which is more or less exactly what happens in HUMS discussion groups as well.” “There’s also a huge emphasis (at McMaster especially) on the social determinants of health, which often revolve around questions about human psychology, equal opportunities, stigmatization, etc. I’ve found these classes to be essentially a practical application of the “big questions” considered in the humanities program. Medicine is definitely moving away from the concept of the physician as scientist and the humanities program (I think) really goes a long way towards training students to be the kind of doctor that programs are hoping to produce.

As an addendum (since I’ve been told this is something that lots of prospective students worry bout), I’ve never had any concern about my relative lack of science training relative to my classmates. Doctors are not expected to be biochemists or electrophysiologists – the undergraduate science courses I took while studying the Humanities were more than sufficient to prepare me for the medical school curriculum.

To celebrate the twenty-year landmark, the program organized a series of events over the course of the final weekend of September which included a pub night, ted-style talks, keynote address, gala dinner, and mentorship lunch.