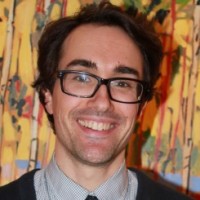 Erik Stephenson holds a Ph.D. in philosophy from McGill University (2011), an M.A. in philosophy from the University of Ottawa (2005), and a B.HUM. from Carleton University (2003). While his research at the Master’s level focussed on Heidegger and German Idealism, his doctoral research turned to Spinoza’s political philosophy. He continues to work on Spinoza, seeking to shed new light on many vexed questions in the interpretation of his thought by re-examining it in light of its ancient and medieval sources. He is also at work on a project that re-evaluates the influence of Bernard of Clairvaux and other twelfth-century Cistercians on Dante.

Prof. Stephenson has been teaching at Carleton University since 2011. His main teaching duty in the Bachelor of Humanities program is the second-year core course, HUMS 2000: Reason and Revelation. But he also regularly teaches fourth-year Humanities seminars on a variety of topics in medieval and early modern intellectual history. In addition, Prof. Stephenson has taught a number of courses at Carleton University for the Philosophy Department and for the Minor in Medieval and Early Modern Studies.

He is the current Coordinator for the Bachelor of Humanities Mentorship Program, a position he has held since 2015.

“An Ethical Justification for Political Resistance in Spinoza,” Epoché: A Journal for the History of Philosophy” [Forthcoming]