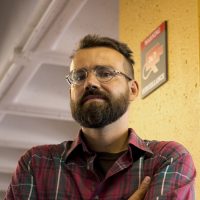 Jeffrey Monaghan is an Assistant Professor at Carleton’s Institute for Criminology and Criminal Justice (ICCJ). He has a PhD in Sociology from Queen’s University. His research examines practices of security governance, policing, and surveillance.

Jeff is a member of the Editorial Board of the new, open-access and interdisciplinary journal called Criminological Encounters; as well as the Book Review editor at the Journal of Prisoners on Prisons.  He is currently on the research team of the SSHRC Partnerships grant project Big Data and Surveillance, run out of the Surveillance Studies Centre at Queen’s University.

Active research projects include: the globalization of surveillance/security and the role of Canadian expertise in the export of security techniques/technologies; the surveillance of social movements with a focus on environmental and indigenous movements; knowledge construction practices associated with contemporary policing of ‘radicalization’; and domestic security governance in the context of the ‘war on terror.’ A further area of research relates to the historical development of policing practices in Canada, with a focus on the late 19th century North-West Territories.

In recent years, Indigenous peoples have lead a number of high profile movements fighting for social and environmental justice in Canada. In response, policing and other security agencies have developed a prolific surveillance regime that targets Indigenous movements as national security threats. Policing Indigenous Movements traces the colonial legacies of these practices, showing how the extensive policing of Indigenous peoples or groups in the “war on terror” has been rationalized by the development of categories and labels such as “Aboriginal extremism” and “critical infrastructure” specifically to criminalize Indigenous movements that challenge extractive development, demand self-determination, or contest federal and provincial claims to Indigenous lands.

Through an examination of four prominent movements — the long-standing conflict involving the Algonquins of Barriere Lake, the struggle against the Northern Gateway Pipeline, the Idle No More movement and the anti-fracking protests surrounding the Elsipogtog First Nation — this book raises critical questions regarding the expansion of the security apparatus, the normalization of police surveillance targeting social movements, the relationship between police and energy corporations, the criminalization of dissent and threats to civil liberties and collective action in an era of hyper surveillance. 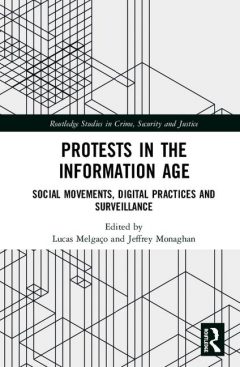 Information and communication technologies have transformed the dynamics of contention in contemporary society. Social networks such as Facebook and Twitter, and devices such as smartphones have increasingly played a central role in facilitating and mobilizing social movements throughout different parts of the world. Concurrently, the same technologies have been taken up by public authorities (including security agencies and the police) and have been used as surveillance tools to monitor and suppress the activities of certain demonstrators. This book explores the complex and contradictory relationships between communication and information technologies and social movements by drawing on different case studies from around the world.

Security Aid: Canada and the Development Regime of Security (2017) 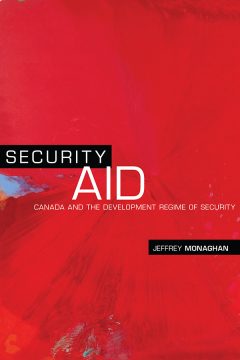 Canada is actively involved through various agencies in the domestic affairs of countries in the Global South. Over time, these practices – rationalized as a form of humanitarian assistance − have become increasingly focused on enhancing regimes of surveillance, policing, prisons, border control, and security governance.

Drawing on an array of previously classified materials and interviews with security experts, Security Aid presents a critical analysis of the securitization of humanitarian aid. Jeffrey Monaghan demonstrates that, while Canadian humanitarian assistance may be framed around altruistic ideals, these ideals are subordinate to two overlapping objectives: the advancement of Canada’s strategic interests and the development of security states in the “underdeveloped” world. Through case studies of the major aid programs in Haiti, Libya, and Southeast Asia, Security Aid provides a comprehensive analysis and reinterpretation of Canada’s foreign policy agenda and its role in global affairs.