To commemorate the beginning of Black History Month, Carleton University’s Archives and Research Collections (ARC) staff have surfaced an example of how Carleton students responded to the American Civil Rights movement in the 1960s.

An article by Jim Kinzel entitled “Freedom Now” was published in the January 22, 1965 edition of the Carleton, the name of the Charlatan before 1971. The article discusses Diane Burrows’ experiences working in Mississipi as a civil rights worker for SNCC, the Student Non-violent Coordinating Committee. After Burrows returned to Canada she became one of the organizers for Friends of SNCC and began promoting the tour of the Freedom Singers, a musical choir that toured to gain support for SNCC, in Canada. 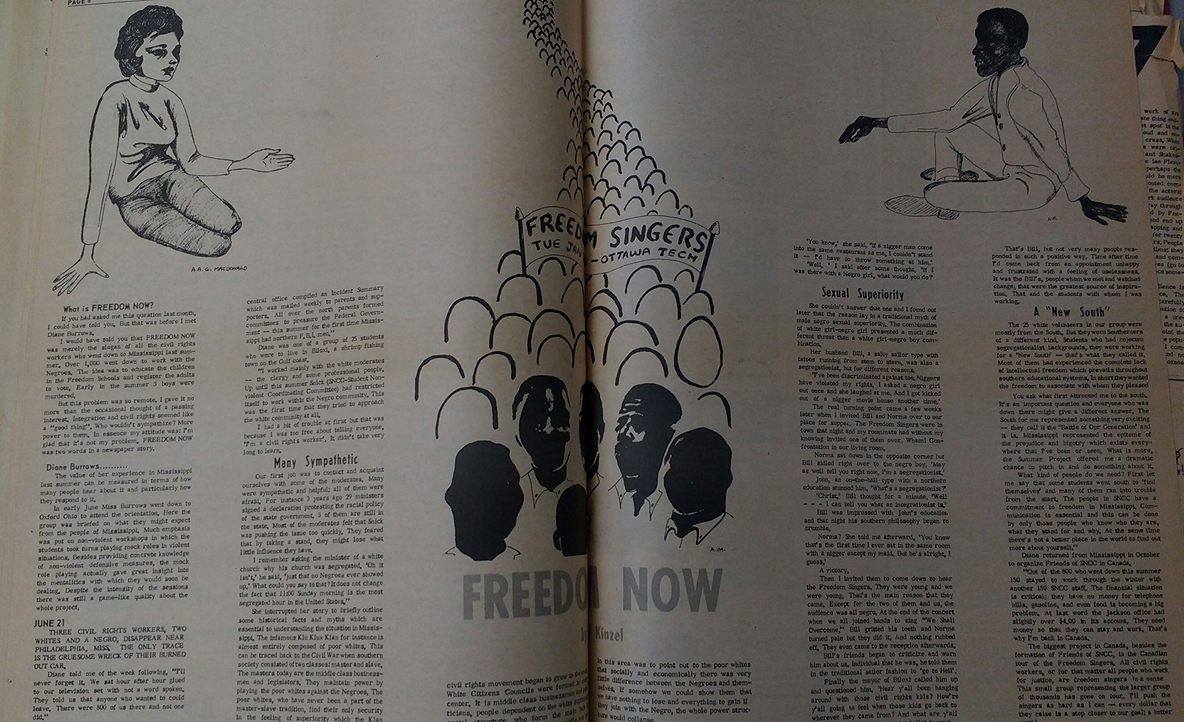