Carleton Music Prof. Jesse Stewart gave the first performance of a bibliophone—a xylophone made out of hardcover books—in the MacOdrum Library on Jan. 23, 2017.

Passersby poked their heads into a geodesic dome at the MacOdrum Library, where an interactive concert called “Hooked on Bibliophonics” had popped up over the lunch hour on Jan. 23, 2017.

For the first performance in a series of five, a bibliophone—a xylophone made out of hardcover books—was available for anyone to play. The interactive 2017 DOME Pop-Up series was conceived to explore musical possibilities on campus in celebration of the 25th anniversary of the Carleton University Art Gallery (CUAG) and Carleton’s 75th anniversary.

Ever curious, Stewart has been seeking out new sounds his whole career. Over the years, he has performed entire concerts with only a piece of cardboard. In 2010, he performed on an instrument he designed and built out of ice. He has gone on to play with musical luminaries from around the world and regularly plays drums for the Juno Award-winning trio Stretch Orchestra.

His second performance will pop up on March 27 inside the CUAG, and like the next three shows in the fall term, it will be something completely different from the last.

“Look for the dome,” said Stewart, at the end of his set, “[because] you know there’s something crazy going on inside that dome.”

Read the full story on the Carleton Newsroom. 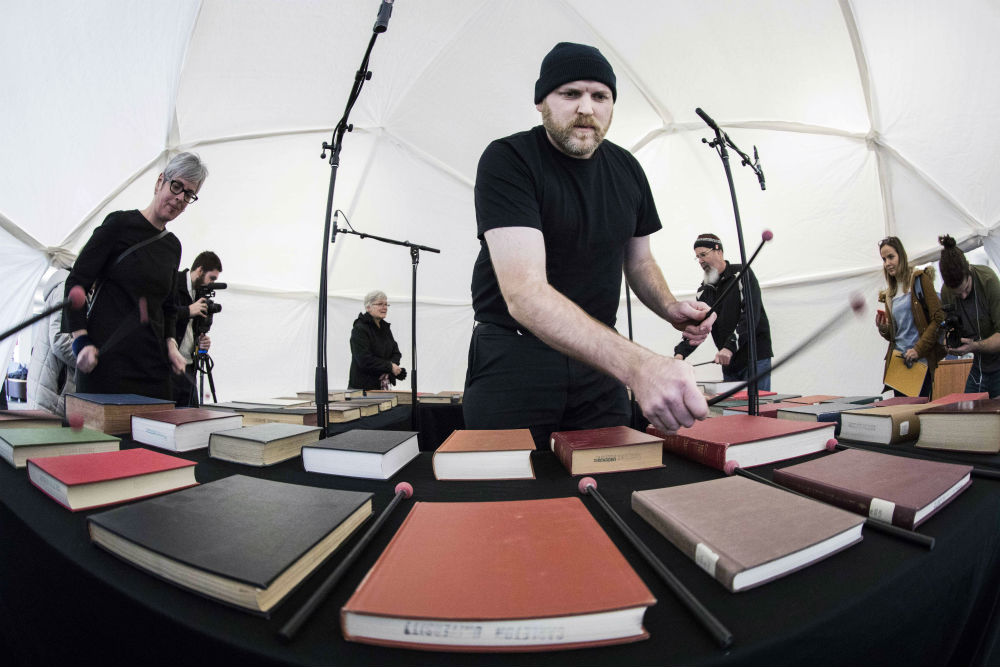 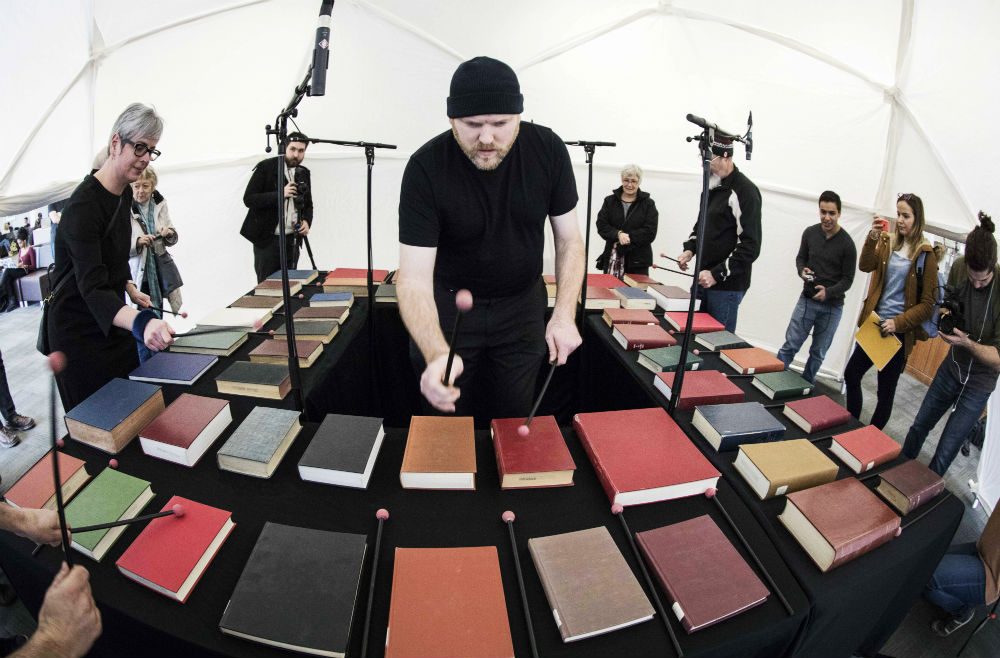 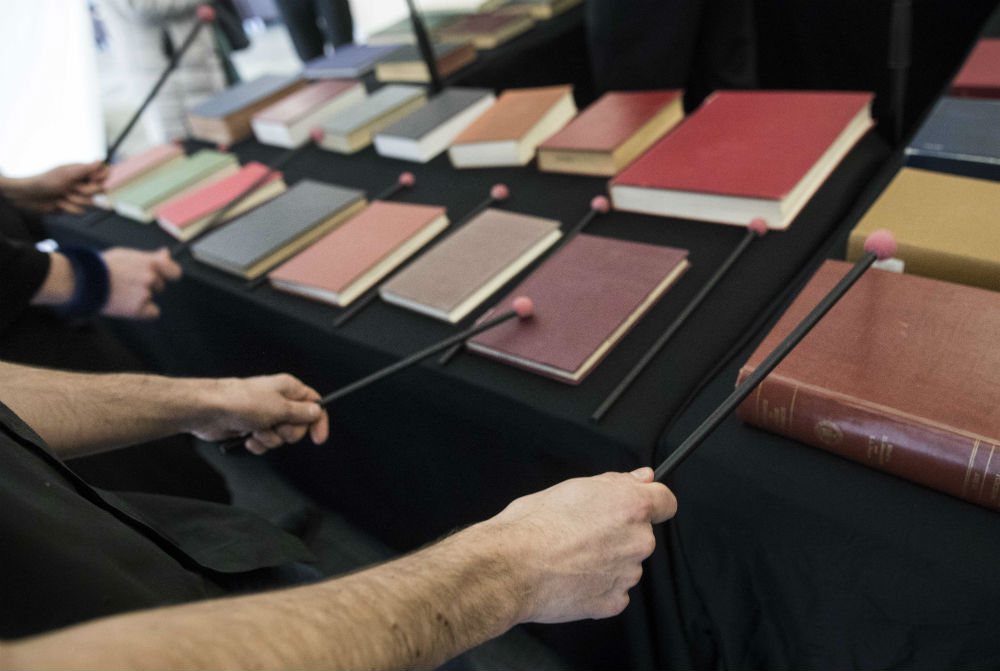 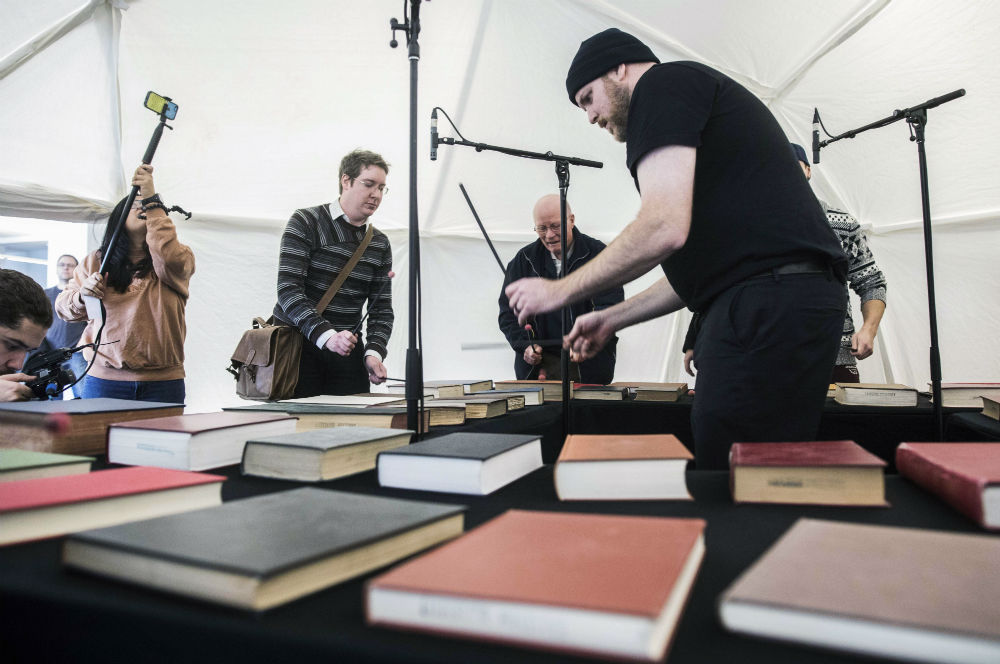 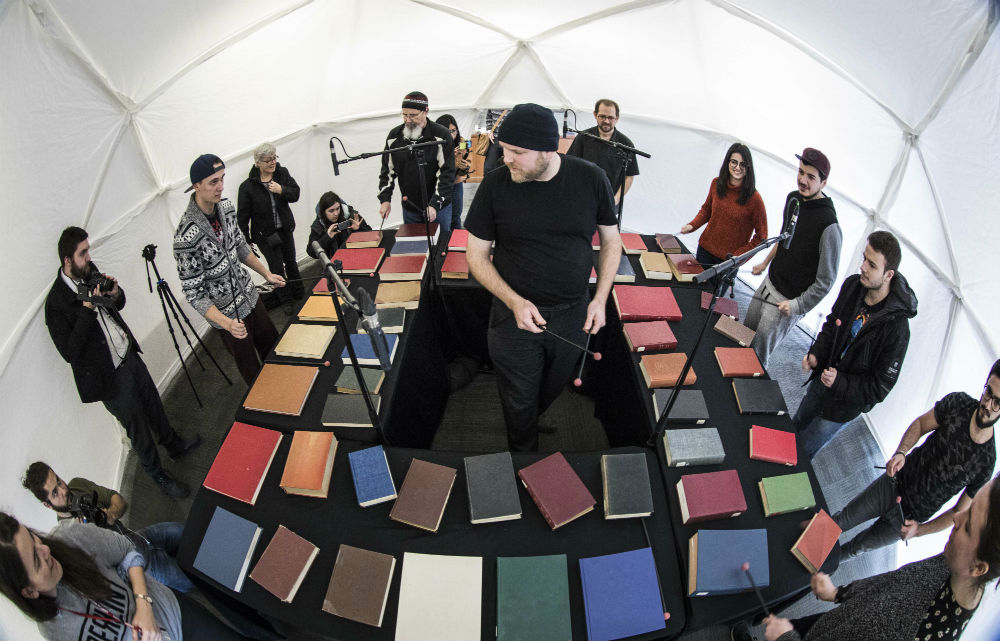 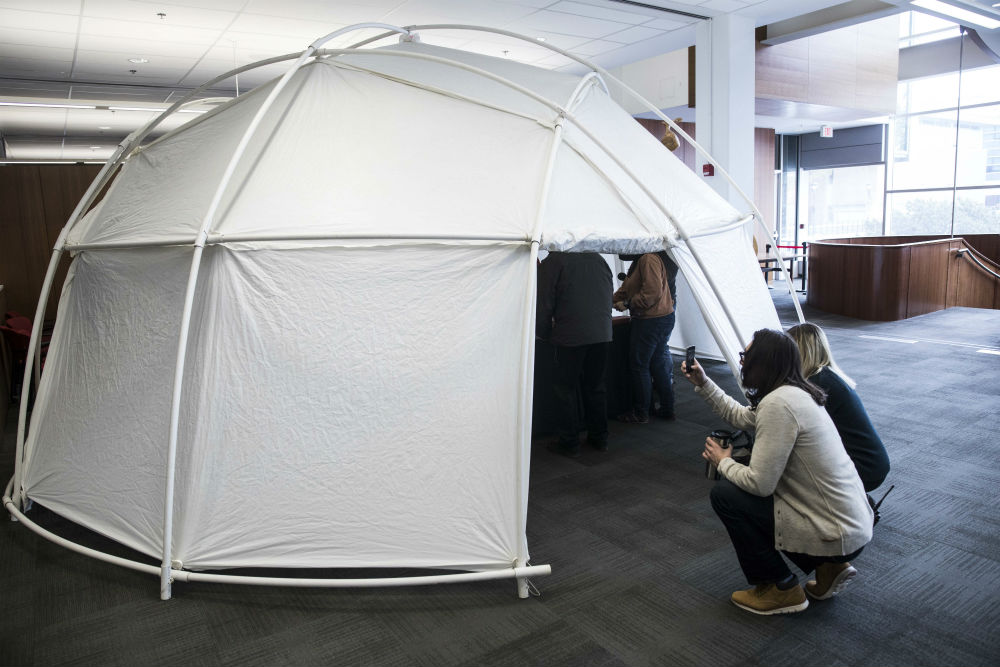