On the eve of International Museum Day, the first of several public history kiosks developed by Carleton University students was unveiled at Lansdowne Park on May 17.

A grey traffic control box at Bank Street and Exhibition Way became an exhibit of a post-game photo of lacrosse players and spectators from June 1891. With Ottawa’s football and hockey histories so intertwined at Lansdowne, MA student Lisa Bullock shed light on the Ottawa Capitals lacrosse team that used to draw crowds of 12,000 to the grounds.

“The kiosk itself is such a smaller area than a traditional museum exhibit,” said Bullock, “but we have the luxury of bringing information directly to the visitor. Here, the museum comes to them.”

The kiosk was unveiled by Mayor Jim Watson and Guy Laflamme, executive director of Ottawa 2017, in the presence of Carleton History Prof. David Dean, the project lead, and several project partners.

Created by the Workers’ History Museum in partnership with the Carleton Centre for Public History (where Dean is co-director), the design firm Chapter One Studio, artist Ross Rheaume, and Ottawa 2017, Capital History kiosk stories were funded by the Ottawa 2017’s Arts, Culture and Heritage Program (stewarded by AOE Arts Council, Ottawa Arts Council and Council of Heritage Organizations in Ottawa).

Each kiosk will examine a lesser-known aspect of the city once known as Bytown and feature a QR code linking to CapitalHistory.ca, where the stories are explored in greater detail.

The project is one way in which Carleton is collaborating with the city for Canada’s 150 birthday celebrations as the university marks its own 75th anniversary.

Read the full story at newsroom.carleton.ca. 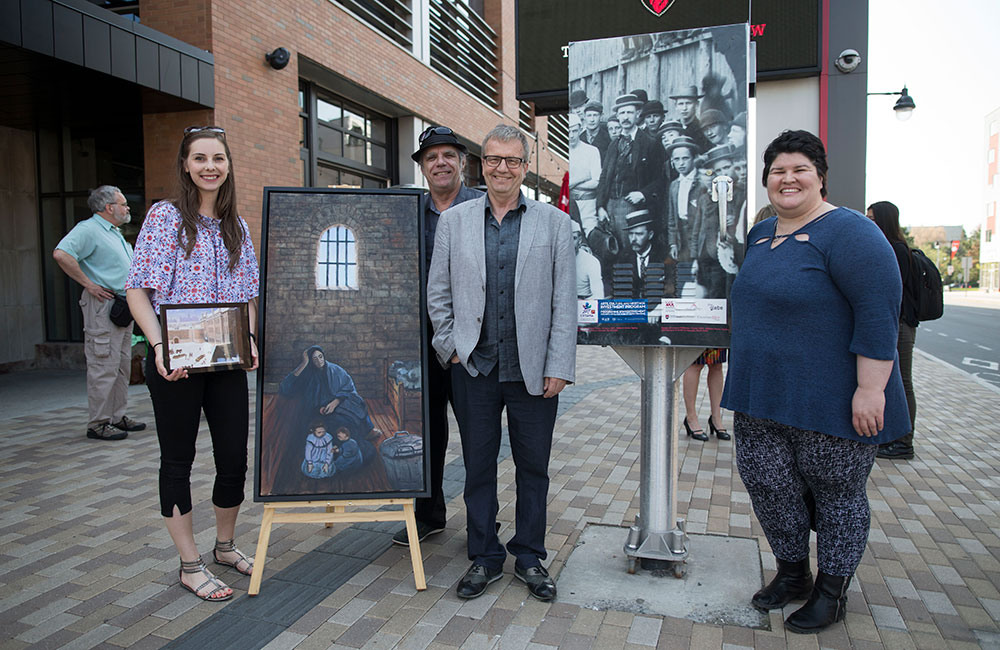 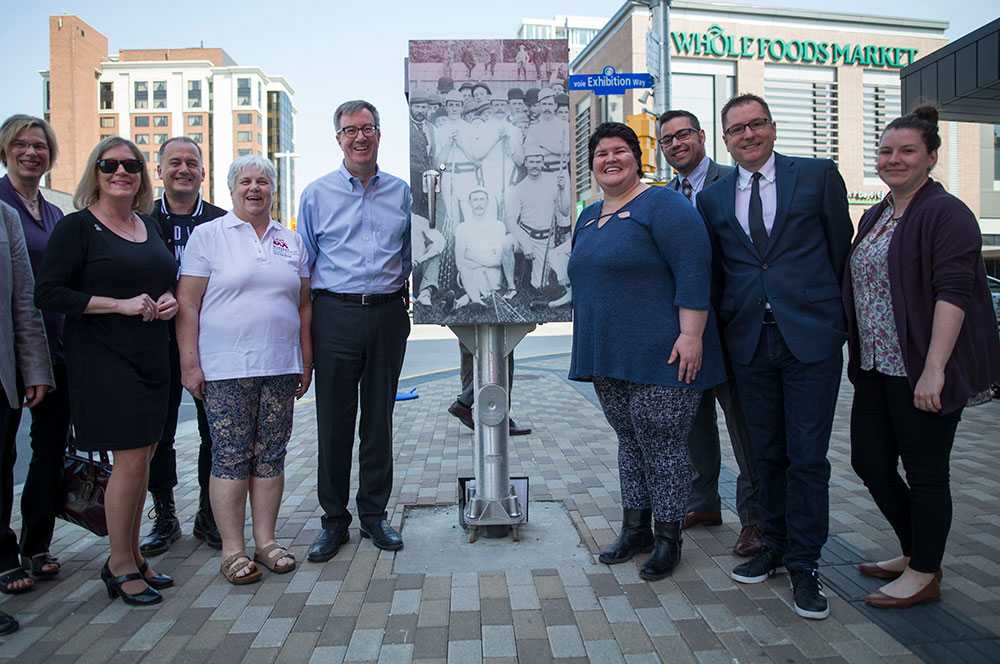 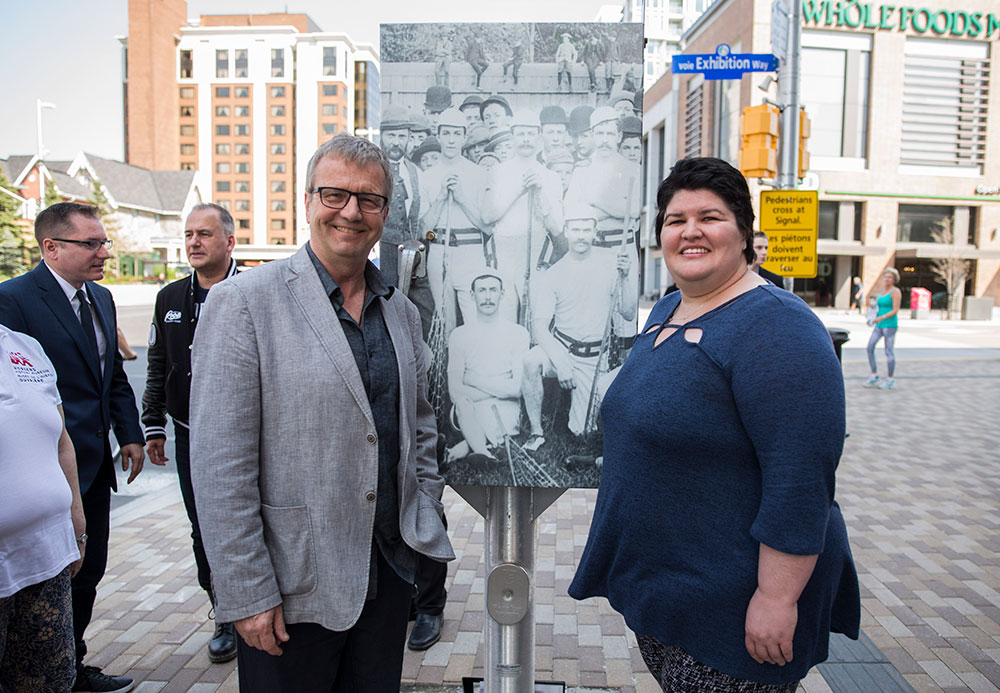