The women’s Ravens were called the Robins until the late ’80s, and Gail Nicholls, BA/64, holds her time as a member of the team close to her heart.

“I had a lot of fond memories of my three years at Carleton, which included playing basketball,” said Nicholls. “I made lifelong friends as a result of having teammates on the basketball team.

I learned how to co-operate effectively with people. It was an experience that I wouldn’t have missed.”

Now a successful lawyer at Tierney Stauffer LLB, Nicholls—number 30 in this photo—still attends many Ravens games and truly enjoys the success of the team under the guidance of head coach Taffe Charles, BA/94. 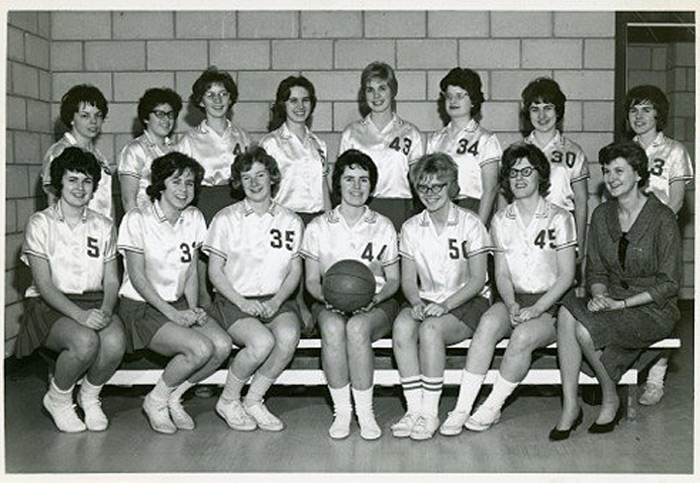