Home / General / Returning to a sport I once walked away from

Returning to a sport I once walked away from

Ever since the age of seven, horses have been a major part of my life. I spent endless days preparing for the summer competition seasons and my summers consisted of traveling to and from countless horse shows. But the summer before my first year of university would mark the end of what would seem like the culmination of my entire childhood and everything I had worked so hard to achieve, as I decided to take a step back from the sport I loved in order to adjust to my new life away from home and focus on my studies during my first year of university. 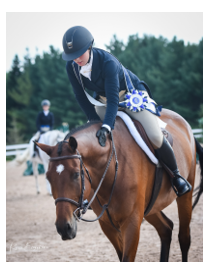 The decision to leave the sport was not easy and was something I thought necessary in order to properly adjust to all the new changes I was sure to see in the upcoming year. For me, it didn’t seem realistic to be able to commit enough time to riding while I was trying to adjust to the demands of university courses and living in a new city.

While I had thought that horses and riding were behind me, near the end of my first year I was offered the opportunity to begin riding again. I was unsure about returning to the sport, after all, it wasn’t easy walking away the first time and I didn’t particularly miss it as much as I thought I would. Not to mention that it was only one week before the first show, which didn’t exactly give me much time to prepare considering I hadn’t ridden in almost a year. But after some thought and a few discussions with my new coach, I agreed to ride for the summer. What had begun as just a temporary situation soon became permanent as I decided to begin riding full time again and continue to do so throughout the academic year. 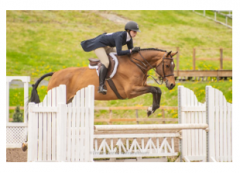 My decision to begin riding again while in school meant that I was taking on a huge challenge. It required riding four to five days a week while keeping up with course work, and balancing my social life. I was constantly on my toes as my schedule changed on a weekly basis with varying lesson times and fluctuating workloads on top of my regular classes. My continually changing schedule was at times overwhelming and I often questioned why I was spending so much of my time riding and traveling to and from the facility when it always seemed like I wasn’t making any progress towards my goals.

Looking back on the last two years, I know I made the right decision