A full PDF of this report is also available.

What does it mean to be rural?

Rurality is perceived as being a social constructed phenomenon. 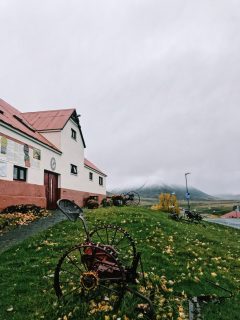 The concept of rural found in the literature is often explained from a sociological perspective. For instance, rural can be further explained by the idea of “rurality” itself, or more a rurality alluded to as “extractive” or “northern” (Stark, Gravel, and Robinson 2014). Although varying definitions exist, rurality is generally perceived as being a socially constructed phenomenon that extends widely to agricultural or resource-dependent regions/communities (Williams and Kulig, 2012). Rurality is also commonly relational as it refers to proximity and spatial isolation from/to other places and services (Bourke et al., 2012).

The second concept of rural can be explained through the “identity” of a community or village (Dampier et al. 2014). However, this method is often linked to a set of myths related to living in small and isolated settlements (Peters, 2018) that often describe rural regions as “declining” regions. From this perspective, rural regions are viewed as being unable to withstand economic changes, endure declining population counts, higher poverty levels as well as a pleather of social problems including lagging behind urban areas in education and health status (Markey, Halseth, and Manson 2008). From a narrowed health perspective, rural areas are viewed using the deficit discourse, which refers to rural health as deficient, classifies urban health as the standard and compares rural health to urban health, acquainting rural health for what it lacks compared to urban, as opposed to what it accomplishes in its own context (Bourke et al., 2010).

The myths of rural decline are fought by various communities within rural regions using means such as “resilience,” “capital,” or “identity” (Buikstra et al. 2010). However, communities are often seen as singularities, with shared goals, spirit, leadership, and actions (Besser 2009). As such, overlap exists in the literature between community identity and rurality in “declining” regions. Although communities are now beginning to challenge the myth of singularity from a conceptual perspective, we believe researchers should avoid defining or describing rural regions using an urban-centric lens, referring to them as “declining” regions or view them from a deficit discourse perspective (Carson, Carson, and Lundmark 2014; Storey and Hall 2018; Markey, Halseth, and Manson 2008; Bourke et al., 2010).

Rural regions and communities have been subject to numerous independent definitions of “rural,” each with their strengths and weaknesses. Due to the absence of a standardized rural definition, a combination of both quantitative and qualitative rural definitions has formed.

In Canadian literature, quantitative definitions of rural primarily utilize secondary data sources, such as census data to define “rural.” This can allow for the geographical visualization of statistical data, but potentially reinforce the notion of “decline” (O’Hagan and Cecil 2007; Smailes, Griffin, and Argent 2014). Qualitative definitions of rural have the benefit of looking for resilience and social capital in communities where present, while withdrawing from the discourse of decline perspective, linked narrowly to population growth (Stark et al. 2014). However, disadvantages exist when applying qualitative rural definitions to analyze and visualize rural data. As such, disciplines across areas of health care professionals, policymakers, and health researchers lack consensus around which definition of “rural” is used to describe rurality across Canada and in particular, Ontario (Pitblado et al., 2005). Definitions found are often used for convenience rather than validity, where the need for data to easily merge is prioritized over consistency between theory, method, and practice. We recognize these challenges and believe research should avoid defining rural areas using an urban-centric lens.

For this report, a literature search of quantitative and qualitative definitions of “rural” was conducted to identify measures of defining rural areas in Ontario, Canada that can be subsequently used for data analysis and visualization. Analyzing both quantitative and qualitative definitions of rurality ensured that both social and statistical aspects of rural definitions were evaluated before determining which rural definition(s) is/are most appropriate to utilize for our project. On the one hand, it is necessary that geographically based statistical data can be represented consistently in both table and visual format; while on the other hand there are important qualitative considerations of what constitutes a “rural region.”