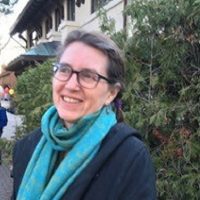 I am also cross-appointed with the Institute for the Comparative Study of Literature, Art, and Culture (ICSLAC); and

Co-ordinator for the Environmental and Climate Humanities (EACH) Minor; and

Founder and co-ordinator of the Carleton Climate Commons

My research addresses the impact of cultural forms and representations on social and political change and knowledge production. How does the way a problem is described and framed shape the solutions that are imagined? What are the most effective ways to generate social change? How should we understand nineteenth-century exposés of injustice that do not generate anticipated reforms? How should we understand our current failure to respond adequately to calls for climate change action? What new formal approaches can we imagine to shift the terms of stalled debates? What new histories can we write to inflect familiar issues with fresh energy and vision? I address these and other questions through historically- and theoretically-informed interdisciplinary work.

Climate Change, Interrupted: Representation and the Remaking of Time. Stanford: Stanford UP,   forthcoming 2022.

“‘Animated Conversations’: Form, Transformation, and the Category of the Novel in the 1880s.” Nineteenth-Century Literature in Transition: the 1880s. Eds. Penny Fielding and Andrew Taylor. Cambridge: Cambridge UP, 2019. 139-56.

“The Novel and Censorship in Late-Victorian England.” Oxford Handbook of the Victorian Novel. Ed. Lisa A. Rodensky. Oxford: Oxford UP, 2013. 166-82.

“Exhilaration: Co-writing Climate Action through Literature and the Humanities.” Keynote for English Graduate Student “Exhaustion” Conference at the University of Toronto (online). 22 April 2022.

Acceptance Speech (on climate change) for being inducted as honorary member to the Golden Key International Honour Society. 26 January 2018.