The Event: The Ethics and Public Affairs (EPAF) program at Carleton University is pleased to announce its sixth annual multidisciplinary graduate conference. This will be a hybrid face-to-face and online event. The first and second day will take place live and in-person in Ottawa, ON, Canada featuring our keynote speaker and social events. The third day will be virtual.
The Call: Graduate students are invited to submit abstracts for presentations related to one or more aspects of our conference theme from the perspective of political philosophy, ethics, political science, economics, social work, law, public health, public policy, and other related fields.
The Theme: The phrase “building back better” is being increasingly employed in calls and proposals for a global crisis recovery plan. The idea of what it means to build back better prompts us to rethink how we do and should organize our societies, institutions, and communities. The concept raises both normative
and empirical questions: what does ‘better’ mean, and how can we get there from here? Conference presentations may address these questions with respect to any of the following:

“Epistemic Injustice, Democratic Deliberation, and Public Policy”
Most western democracies have been, or continue to be, involved in colonialism. Yet colonial memory is often either severely distorted or lacking entirely – a situation that can be characterized as “colonial erasure.” I argue that colonial erasure produces and maintains inequalities in both epistemic and political power. Specifically, I argue that colonial erasure undermines the democratic process of deliberating on several issues of public policy that also matter for social justice in both its material and cultural dimensions — for example, reparations, history textbooks and curricula, statues and monuments, or holidays and festivals. I proceed in three steps. I first argue that, by obscuring the continuity between historical and contemporary injustice, colonial erasure creates epistemic injustice for minoritized groups like Afrodescendants and Indigenous peoples. I then argue that colonial erasure undermines political equality in contemporary societies by creating what I call a “meta-epistemic filter.” Finally, I argue that this situation of meta-epistemic filtering undermines political equality because it significantly hinders these minorities’ ability to engage in the democratic process of political participation on an equal basis.

Biography
Amandine Catala is an Associate Professor in the Department of Philosophy at the Université du Québec à Montréal (UQAM), where she holds the Canada Research Chair on Epistemic Injustice and Agency. Her research interests lie in feminist, social, and political philosophy as well as philosophy of race and philosophy of disability, and include epistemic injustice and agency, territorial rights, colonialism, indigenous issues, migration, linguistic justice, cultural minorities, and neurodiversity. Her work has appeared in Philosophical Studies, The Monist, Synthese, the Journal of Political Philosophy, the Journal of Social Philosophy, Ethical Theory and Moral Practice, and Feminist Philosophy Quarterly. 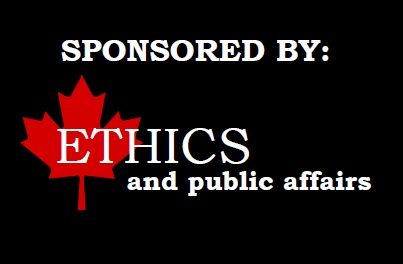