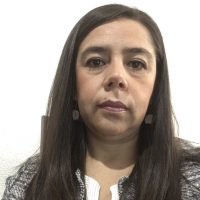 Alejandra Macías Delgadillo holds a Masters in Human Rights at the Ibero-American University (Mexico City). She studied for her Law Degree in the Autonomous University of San Luis Potosi Mexico. She has taken gender studies at the United Nations Latin American Institute for the Prevention of Crime and the Treatment of Offenders.

Alejandra is currently the Executive Director from Asylum Access Mexico, she is Mexico’s leading expert on refugee rights and asylum law. As the founder and executive director of one of Latin America’s leading refugee rights organizations, she has made numerous appearances before the United Nations and international human rights bodies as an authority in the field.

She has published articles on human rights of asylum seekers, refugees, migrants and stateless persons. She got the first favorable ruling for which a person is recognized as a refugee by the court: It is the first sentence in Mexico, issued on human rights of asylum seekers and refugees, by the Plenum of the Superior Court of the Federal Court of Administrative Justice. She subsequently obtained more favorable judgments for recognition of refugee status. Since June 2016 she also sits on the Citizens’ Council of Mexico’s National Institute of Migration (Mexican Government Institution).

Prior to Asylum Access, she worked in another civil organization as coordinator of the asylum seekers area and also responsible for litigation strategies for asylum seekers, refugees and stateless persons. From there she had the opportunity to participate in the refugee law project in Mexico, which was published in 2011.