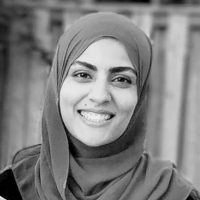 Dina Taha is a PhD student in the department of Sociology at York University under the supervision of Professor Christopher Kyriakides. In addition to various research and knowledge mobilization positions there, her work has also contributed to the Refugee Research Network at the Centre for Refugee Studies. Before her time at York, Taha was a teacher, researcher and graduate student in Cairo, Egypt, where her doctoral research fieldwork has subsequently led while interviewing Syrian refugee women who have settled and married in Egypt.

Taha’s work analyzes unique strategies for survival used by some Syrian refugee women in the Middle East, particularly through marriage. Using a decolonizing critique, her research reveals the striking diversity among a seemingly homogeneous group often perceived as victims. The narratives from her fieldwork destabilize the meanings of existing notions of agency, empowerment and resistance.

Alongside her work as a student researcher at LERRN, Taha has published a working paper, “Intersectionality and Other Critical Approaches in Refugee Research,” which elaborates the concept of Intersectionality as a helpful framework to understand refugees as a diverse group whose “experiences are shaped by multiple identities such as gender, race, national origin, class, age, (dis)ability and sexual orientation” (Taha, 2019). Recently, Taha and her work were featured in York University’s newsletter, YFile.