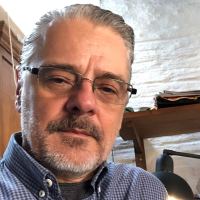 Federico Burone is Regional Director, Latin America and the Caribbean, IDRC, based in Montevideo, Uruguay. He joined IDRC as Executive Director of the Environmental Management Secretariat, an initiative that supported the production of knowledge to promote the implementation of evidence-based policies by local governments. Federico has held numerous other positions at IDRC over the years, including acting Vice-President of Programs and Partnerships as well as acting Vice-President of Strategy, Regions and Policy in Ottawa. At IDRC he also led the task force that coordinated a hemispheric initiative supporting research informing collaboration with Haiti after the 2010 crisis, and programming on youth and the future of democracy in LAC. He previously taught and conducted research in the fields of urban management and development economics in Latin America, and worked at the University of the Republic, Uruguay, and the University of Valencia, Spain. He holds a PhD in Economics and an MSc in environmental sciences from the University of Valencia, Spain.