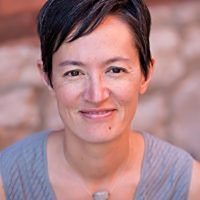 Laura’s research explores various facets of the history of refugees and humanitarianism. She is especially interested in questions relating to settler colonialism, human rights and race. Her current SSHRC-funded research explores the history of sanctuary in Canada from the 17th century to the present, with a focus on post-Confederation sanctuary practices among a variety of religious and secular communities. Her plan is to eventually build towards a larger translocal history of sanctuary among white settler societies.

A native of Quebec’s Eastern Townships, Laura rambled off along a series of different paths, including a teaching gig in Japan and a stint as an archivist at Library and Archives Canada, before making a return to academic life in 2007. She completed her PhD in History at the University of British Columbia in 2012 with support from SSHRC and the Trudeau Foundation and spent the following year with the History Department at Columbia University as a SSHRC Postdoctoral Fellow. From 2014 to 2019 she was a faculty member with the Department of History and Classical Studies at McGill University.

Laura is the author of Elusive Refuge: Chinese Migrants in the Cold War (Harvard University Press, 2016), which documents the experience of Chinese refugees during the cold war and the politics of exclusion and humanitarianism among the white settler societies of the United States, Canada, Australia, New Zealand and South Africa. Elusive Refuge was recognized with the Association of Asian American Studies’ Best Book in the Social Sciences for 2018, the Chinese Canadian Historical Society’s Ed Wickberg Prize and the 2016 Mershon Center Furniss Book Award. In addition to this major work, Laura is the author of a number of articles related to the history of migration and humanitarianism. She has published widely, including in Photography and Culture, Social History / Histoire Sociale, the Journal of Refugee Studies, the Canadian Historical Review, the Journal of the Canadian Historical Association and the Urban History Review. She is also co-editor of the Dominion of Race: Rethinking Canada’s International History (UBC Press, 2017), in which she also authored a history of Canada’s ambivalent relationship to the international refugee regime. In a related vein, she is a co-investigator with the Landscapes of Injustice project on the history of Japanese Canadian property dispossession in the Second World War as well as a co-investigator with the Local Engagement Refugee Research Network (LERNN) at Carleton University.

As someone who cares deeply about the political implications of the historical craft, particularly as they relate to contemporary events, Laura has also contributed a number of comment pieces to the Globe and Mail, the National Post and www.activehistory.ca.

Laura is currently supervising a number of MA and PhD students and welcomes graduate student applications on topics related to the history of refugees, migration, humanitarianism and settler colonialism.