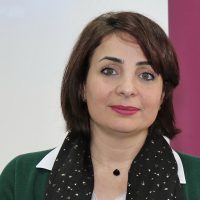 Dr. Maha Shuayb is Lead investigator of LERRN’s Lebanon Working Group and Co-Application on the LERRN partnership. Since 2012, Dr. Maha Shuayb has also been the Director of the Centre for Lebanese Studies (CLS) – an independent research centre founded in the UK in 1983 and affiliated to St. Antony’s College at the University of Oxford. Her research mainly focuses on the sociology and politics of education, particularly equity and equality in education and the implications of the politicization of education particularly on marginalized groups.

Over the past eight years, Dr. Shuayb has been occupied with the education response to the Syrian Refugee crisis in Lebanon. She has headed a number of research studies looking at access and quality of education for refugees and the bottlenecks. Her most recent studies include a comparative longitudinal study between Lebanon, Turkey, Germany and Australia which examines the impact of status on education provisions for refugees in the four countries.

Dr. Shuayb says it is vital for the voices of researchers in the Global South to be heard and sees value in the approach that LERRN is taking.

“LERRN have supported us, not only by allowing us having South-South conversations, but allowing us to produce knowledge by giving us different platforms to share our findings, giving us opportunities for funding and networking with other collaborators.”