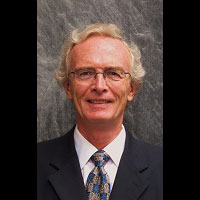 Howard Duncan received his Ph.D. in Philosophy in 1981 from the University of Western Ontario where he studied the history and philosophy of science. He was a post-doctoral fellow there and subsequently taught philosophy at the University of Ottawa and the University of Western Ontario. In 1987, Dr. Duncan entered the field of consulting in strategic planning, policy development and program evaluation. In 1989 he joined the Department of Health and Welfare in Ottawa where he worked in program evaluation, strategic planning, policy, and extramural research. In 1997, Howard joined the Metropolis Project at Citizenship and Immigration Canada as its International Project Director, and became its Executive Head in 2002. He has concentrated on increasing the geographic reach of Metropolis, enlarging the range of the issues it confronts, and increasing its benefits to the international migration policy community by creating opportunities for direct and frank exchanges between researchers, practitioners, and policy makers. Recent of his projects have included the creation of the Metropolis North America and Metropolis Asia initiatives and the creation of a Metropolis Secretariat in Asia (Seoul/Goyang-si and Manila) to supplement the Secretariats in Ottawa and Amsterdam. He has just moved the Ottawa Secretariat operations from the Government of Canada to Carleton University in Ottawa.