In partnership with the Carleton University community, the Black Canadian Fundraisers’ Collective (BCFC) is collecting donations for the MPNL Award for Black Emerging Fundraising Professionals — the second annual award for Black students enrolled in the MPNL program.

Donate to the award here

Thanks to the support of the BCFC and Carleton’s community of donors in 2020, the MPNL Award for Black Emerging Fundraising Professionals was given to four students, changing their personal, educational and professional experiences in the philanthropic sector. The BCFC is currently seeking donors to fund more Black students in 2022. PANL Perspectives interviewed two of the past four award recipients, as well as past donors and the BCFC to learn about the award’s impact and how to donate to the award. 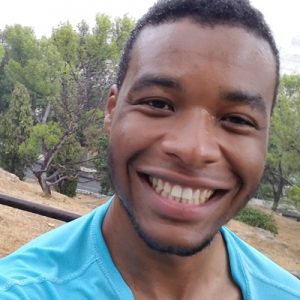 Therry Chevalier works in Donor Engagement at Parkinson Canada. As a recipient, Chevalier says the award not only shaped his education, but instilled a new sense of responsibility as he works in the philanthropic sector. “It has given me the courage and responsibility to speak up knowing that Black fundraisers and thought-leaders have invested their time and resources in my success.” Chevalier says he believed he was a good candidate for the award because his professional and personal experience exposed him to different communities and their understanding of altruism. He maintains that the Black perspective is a key part of the donor stewardship process. Filling the gap in how it is understood broadly in Canadian fundraising is a chance for a different voice to be included in that process. “Every day, I think, ‘How am I able to repay the trust of the award’s funders?’ I look to pay it forward through how I approach my professional and academic development. Through this award, you’re supporting the everyday work of championing diversity. It’s not just funding a career; it’s funding the future of philanthropy.” 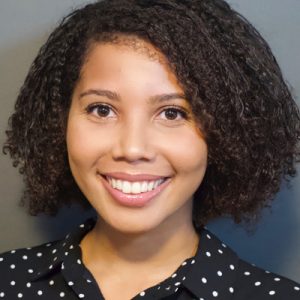 Holly Mohr is a Senior Development Officer at the National Arts Centre who was impacted by both the award and the network of Black fundraisers that accompanied it. Mohr joined the network of Black fundraisers who she describes as “very engaged, super intelligent” people who share job postings, offer peer-to-peer support and work alongside her. “If you’re looking to make an actual meaningful difference in someone’s life, this is a really good way to do that. There was an immediate return on their investment for me. Funds and scholarships are a great way to actually move the needle, but more than just the financial aspect, you’re helping support networks, which is really important.” Mohr says winning the award has also garnered recognition in her professional life. “As an early career Black woman, every little bit helps.” Mohr encourages donors of all backgrounds to participate because, “we’ve all come to understand and realize the value of having diverse voices at the table.” She says it’s no longer a question of ‘how do we do it,’ because this award presents a simple answer. 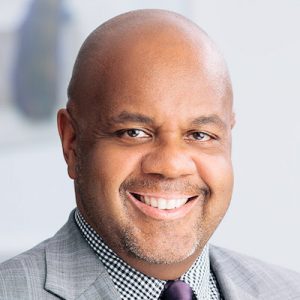 Stephen Hinds, National Director of Human Resources at Singleton Urquhart Reynolds Vogel LLP has been a lifelong donor and volunteer in the philanthropic sector. He says he doesn’t have kids but has always wanted to help the next generation, and saw the MPNL Award for Black Emerging Fundraising Professionals as a perfect opportunity to give to the Black community. “As Black people, we need to support each other in educational pursuits. You don’t need a lot of money. Even if it’s time, let’s just help each other out. Let’s help elevate Black minds.” Hinds encourages donors to use this opportunity  to partner with an organization dedicated to investing in Black professionals who can help improve the sector. “Our nonprofit sector needs good, dedicated people, and if you can help develop those good, dedicated people, go for it. Do it and try to make a difference.” 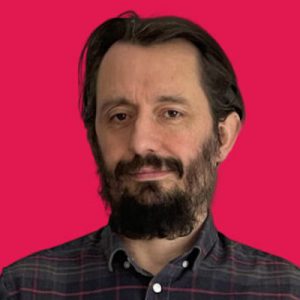 Henry Rowling is the Founder of Flying Cars, and is passionate about grassroots movements, such as Charity So White. He says he’s been lucky enough to build a career using the privileges he has a white man, and was eager to donate when he learned about the award. “We need to get more Black fundraisers in charities so some of the power starts shifting, and this seemed like a straightforward way to do that.” According to Rowling, the work doesn’t end there. He says he will commit to alleviating inequities for the rest of his career through donations and promoting projects on his platforms. “Changing the power dynamic in philanthropy are ongoing actions people need to take.” Rowling says it’s important to make the sector representative of the societies they serve, or there will be no shift in power. He takes it upon himself to share inclusive initiatives like this award with his various networks to “try and change some of the inequalities within the philanthropy and NGO space, which reflects systemic issues.” Rowling says that donating to the MPNL Award for Black Emerging Fundraising Professionals is a “real opportunity to change people’s lives.”

Nneka Allen, Founder of Black Canadian Fundraisers’ Collective says that the future was the first thing the BCFC thought of when they came together to support each other and make measurable impacts as a group. “We wanted to impact their careers and offer support that would ensure success. We all agreed very easily that we felt the best way to do that would be an investment in education, specifically in our field of fundraising and in the nonprofit sector. We were making sure we had the capacity to support and invest at the highest levels of education that sometimes are a bit elusive to Black people and Black fundraisers.” Allen says she wants to see greater racial justice for Black fundraisers. She says their contributions and excellence should be acknowledged through access, promotion and leadership. According to Allen, the sector only benefits from such acknowledgement. “I think it’s imperative for us as a society and as a community to think about whose voices are missing in our organizations, and who is not represented amongst our teams.” Allen says focusing on equity and creating equitable environments is not just an issue for Black people, but a human priority and imperative. “Shouldn’t our world be just? Shouldn’t we all have the opportunity to begin from the same starting point? I believe that investing in the education of young Black fundraisers is one way to create greater equity in an education system that has been historically inequitable.” 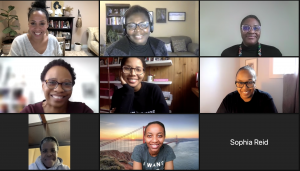 Given annually by the Dean of Graduate and Postdoctoral Affairs on the recommendation of the Director of the MPNL program, the award supports Black Canadians entering or continuing in the MPNL program and aspiring to pursue a career in professional fundraising. The award promotes Black leadership within the philanthropic and nonprofit sector to make professional education more accessible, equitable and inclusive by reducing financial barriers. To apply or find out more, please visit our webpage. To donate through Carleton University, please click here. The campaign goal is $15,000.

For more information about the past four recipients, click here. Please contact panl@carleton.ca if you have any questions. Photo of water is courtesy of Chris Chan.