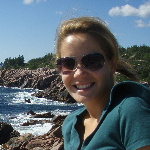 Research in the U.S. has indicated that community members often show a negative Black bias when deciding to “shoot” Black versus White targets in simulated shooting tasks, but police officers often fail to show this bias. Three studies were conducted using a shooting task similar to the task used in previous research to examine whether this Black bias was present in the shoot/don’t shoot decisions of Canadian participants. In addition, factors that were likely to increase or decrease the degree of racial bias in such decisions were examined. Study 1 (n = 146) found that samples of students, police recruits, and police officers displayed a White bias rather than a Black bias in their shoot/don’t shoot decisions. Study 1b (n = 74) indicated that this finding was not attributable to the specific instructions provided to participants before they made their shoot/don’t shoot decisions, which differed slightly from previous research, in that the purpose of the research was more salient. Study 2 (n = 130) introduced scenes that varied by complexity to students, police recruits, and police officers. As expected, and consistent with Study 1, this study demonstrated that a White bias existed in the shooting decisions of participants and that this bias was exacerbated under conditions of high complexity. Finally, Study 3 (n = 120) demonstrated that student participants exhibited a White shooting bias even when attempts were made to reduce the bias using an implementation intention training technique, which has been shown to reduce racial biases in previous studies. The theoretical and practical implications of this research are discussed, focusing primarily on potential reasons for the White shooting bias and what the bias might mean for use of force training. Directions for future research are also suggested.