Fiscal systems in Canada and in the world; Political institutions and policy processes; Interregional and international migration and Canadian public policy 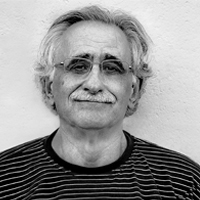 Fiscal systems in Canada and in the world; Political institutions and policy processes; Interregional and international migration and Canadian public policy

Professor Winer is the Canada Research Chair Professor in Public Policy in the School of Public Policy and Administration and the Department of Economics at Carleton University in Ottawa. His research lies at the intersection of economics and political science, including work on the formation and evolution of tax systems such as Democratic Choice and Taxation: A Theoretical and Empirical Analysis, Cambridge University Press 1999 (with W. Hettich). A recent project focuses on the measurement and consequences of variation in political competitiveness in Canada, the United States and India. He continues to study the connection between migration and public policy: his recent book on Interregional Migration and Public Policy in Canada, McGill-Queen’s University Press 2012 (with K. Day) was awarded the Purvis Prize for 2013 from the Canadian Economics Association. His latest co-edited book is Coercion and Social Welfare in Public Finance: Economic and Political Dimensions, Cambridge University Press 2014. This work contributes to the Wicksellian approach to public finance. He has published widely in leading academic journals. For papers and further information about Professor Winer’s research, please see his website.

Professor Winer has been a visiting professor or visiting research fellow at universities in Canada, the United States, Australia, China, the Czech Republic, France, Germany, Israel and Italy. During the fall of 2003 he was the Fulbright-Canada Visiting Chair at Duke University. In 2013 he was the visiting Canadian lecturer in India for the Shastri Indo-Canadian Institute. Professor Winer was executive vice-president of the International Institute of Public Finance, 2002 – 2005. He is the current Chair of the editorial board of the Carleton Library Series. He is also a research associate of the Center for Economic Studies at the University of Munich. Professor Winer holds M.A. and Ph.D. degrees in Economics from the Johns Hopkins University.