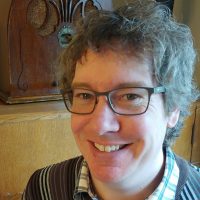 I am a historian of modern architecture, design, and material culture. I have particular interests in the intersections of architecture with other media, the role of the built environment in public cultures, and the effects and affective dimensions of everyday design. In addition to my position in SSAC, I am cross appointed to the Institute for Comparative Studies in Literature, Art and Culture and to the School of Industrial Design at Carleton, as well as being adjunct curator of Design at Ingenium: Canada’s Museums of Science and Innovation. I am currently Vice-President (Membership) of the Society for the Study of Architecture in Canada and commissioning editor of Dalhousie Architectural Press’s series Canadian Modern. 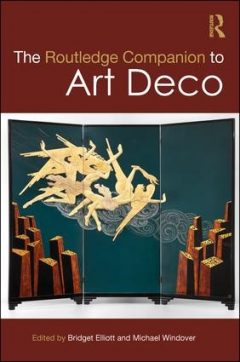 My research has focused around a few areas. One has to do with the socio-political consequences and historiography of the cultural production known today under the label of Art Deco. My work has looked at sites in Canada, the United States, and India, ranging in scale from a radio in a living room to a skyscraper, NHL hockey arena to super-cinema, emphasizing the vast reach and cosmopolitan quality of this mode of design. I recently co-edited with Dr. Bridget Elliott (Western University) the Routledge Research Companion to Art Deco.

A second area explores the visual and material culture of radio in Canada. “Seeing, Selling, and Situating Radio in Canada, 1922-56,” a collaborative project with radio historian Dr. Anne MacLennan at York University, was supported by a SSHRC Insight Grant (2012-2015) and has generated a substantial database of visual culture drawn from popular magazines, newspapers, and archives. It culminated in an exhibition and catalogue in 2017. See http://sssradio.apps01.yorku.ca for more on this research. I have also published on the spatial impact and design of radio architecture and infrastructure, with particular emphasis on the architecture of the Canadian Broadcasting Corporation. 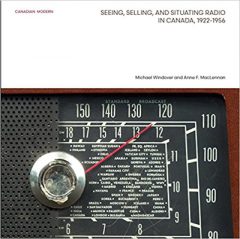 I’m interested in interiors and the challenges they pose for historians. We spend much of our lives in them, yet they are among the most mutable of designed spaces. I’ve written about design and agency, with regards to radios and interior space, as well as the place of the piano in the Edwardian living room (with Prof. James Deaville in Music). Currently, I’m leading an interdisciplinary SSHRC-funded, collaborative project between Carleton University, Algonquin College, and Ingenium that also emphasizes the importance of quotidian spatial practices and interiors. “Designing Domestic Dining” has involved a series of interviews with members of the Anatolian community to examine the interrelationships of food, memory, the use of domestic technology, and interior space.

Finally, I’m excited to be working with Prof. Peter Coffman on the Virtual Museum of Architecture in Ottawa project, for which we were awarded a Teaching Achievement Award from the Office of the Provost and Vice-President (Academic) in 2019. Still in its early stages, the project mobilizes student research on the designed environment of the National Capital Region in the creation of a pedagogical and research tool.

I have supervised undergraduate and graduate theses and directed readings courses on topics related to architectural history, design history, material culture, and heritage. 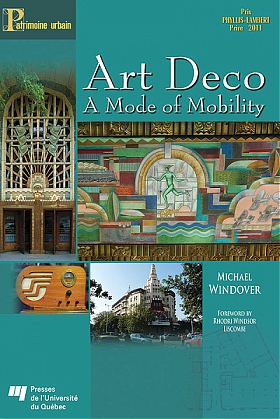 Windover, Michael.  “Digging in the Gardens: Unearthing the Experience of Modernity in Interwar Toronto.” In Architecture and the Canadian Fabric, edited by Rhodri Windsor-Liscombe, 217-245.  Vancouver: University of British Columbia Press, 2011.

Windover, Michael.  “Picturing Modernity: Exploring the Architecture of Pleasure in 1930s North Toronto.”  Journal of the Society for the Study of Architecture in Canada 32, no. 2 (2007): 55-68. (Martin Eli Weil Prize essay)