As the administrator of Arthur Kroeger College since its inception in 1999, Elaine Rouleau has always been a favourite among students. But she may have received her greatest accolades yet when she was honoured in the House of Commons by alumnus MP John Nater. Mr. Nater described Ms. Rouleau as the heart and soul of the College and a second mother to the students. Ms. Rouleau is retiring.

Ms. Rouleau was an integral part of Arthur Kroeger College, which houses the flagship undergraduate program of Carleton University’s Faculty of Public Affairs: the Bachelor of Public Affairs and Policy Management (BPAPM) degree. Its graduates go on to work in the federal government, politics, private industry, and the nonprofit sector. 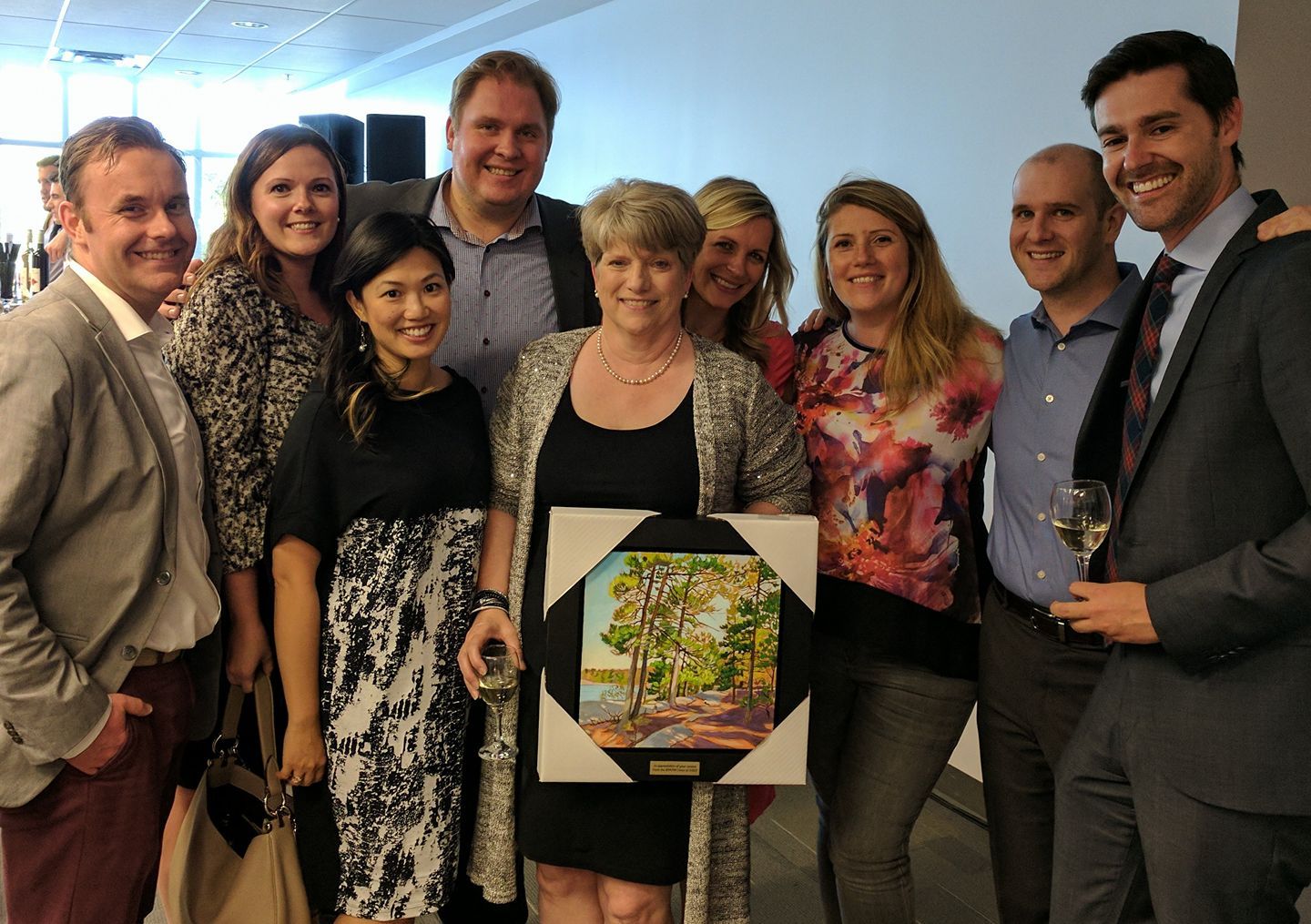 Elaine Rouleau accepts a gift from the BPAPM Class of 2003 at her retirement party.