Arthur Kroeger College of Public Affairs is celebrating our 20th Anniversary in 2019!

To celebrate this occasion, a panel of College alumni will discuss the theme, “Leading Change: Challenges to Leadership in Canadian Society.” Our alumni, who play a leading role in shaping public policies locally, provincially, nationally, and internationally, will speak about the main leadership challenges in their policy field, and how they are working to address those challenges.

Information about parking available near the Chateau Laurier is available here.

Moderator for the event: Christopher Dornan 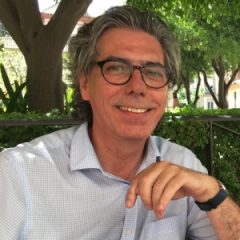 Christopher Dornan holds a Bachelor of Journalism from Carleton University, an M.A. in the History and Philosophy of Science from the University of Cambridge, and a Ph.D. in Communication from McGill University. He taught for two years at Cornell University before joining the faculty at Carleton in 1987. He has worked as a reporter for the Edmonton Journal, an editor and editorial writer for the Ottawa Citizen, and a columnist for The Globe and Mail and CBC National Radio. In 2006 he was Erasmus Mundus visiting scholar at the Danish School of Journalism and the University of Århus. Among other venues, his academic work has appeared in Critical Studies in Communication, the Media Studies Journal, the Canadian Medical Association Journal, Topia, Journalism Studies, and the research reports of The Royal Commission on Electoral Reform and Party Financing. He is the co-editor (with Jon Pammett) of the forthcoming volume The Canadian Federal Election of 2019 (McGill-Queen’s Press), along with six previous volumes in this series. He was a principal writer and editor for both volumes of the 2012 government-mandated Aerospace Review (the Emerson Report), the Canadian Space Agency’s 2014 Space Policy Framework, and the Public Policy Forum’s 2016 report on the state of the Canadian news media, Shattered Mirror: News, Democracy and Trust in the Digital Age. His latest work is “How to Navigate an Information Media Environment Awash in Manipulation, Falsehood, Hysteria, Vitriol, Hyper-Partisan Deceit and Pernicious Algorithms: A Guide for the Conscientious Citizen” (2019), written for the Canadian Committee for World Press Freedom and the Canadian Commission for UNESCO. He is chair of the board of Reader’s Digest Magazines (Canada). 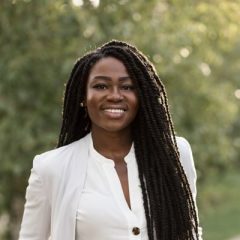 Brittany is currently the Senior Policy and Research Analyst at the Broadbent Institute, where she is responsible for assisting with setting the research and policy direction of the organization, and managing the Broadbent Institute’s Fellows Program. With an expertise in applying policy principles to matters of Canada’s most pressing public affairs, Brittany is regularly sought out to provide research, analysis and consultation services with a focus on creating a more socially progressive Canada. Since graduating with a Master’s in Political Management from the Clayton H. Riddell Graduate Program in Political Management, at Carleton University, Brittany has become a frequent policy and public affairs speaker and commentator on income inequality, affordable housing, democratic renewal, the politics of Canadian multiculturalism and climate justice. 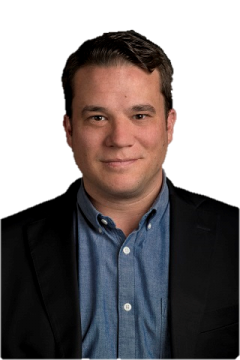 Born and raised in Ottawa, Matthew Luloff has always felt strongly about service to community and country. He grew up in Orléans, graduated from St. Matthew High School, and spent his summers and weekends working as a lifeguard and instructor at a variety of pools including Bob McQuarrie Recreational Complex and The Ray Friel Centre. As a member of the Governor General’s Foot Guards and later the Princess Patricia’s Canadian Light Infantry, Matthew served as a member of the Ceremonial Guard and deployed to Afghanistan in 2008. After leaving the Canadian Forces, Matthew graduated from The Arthur Kroeger College of Public Affairs at Carleton University with a Bachelor of Public Affairs and Policy Management. He has worked as an advisor to several members of parliament and federal cabinet ministers.
As a strong mental health advocate, Matthew produces and co-hosts Veteran X, a podcast for veterans and first responders transitioning to civilian life. Passionate about local arts and culture, Matthew has fronted the award-winning local band Hearts&Mines and continues to write, record and perform music.He lives in Orléans with his wife Laura and their two dogs, Norman and Elliot. 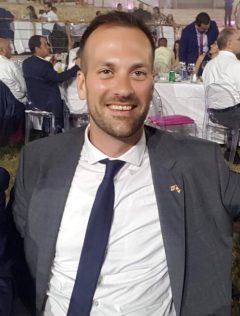 Ian is a currently an employee of Immigration, Refugees and Citizenship Canada (IRCC). Most recently, he was the Deputy Program Manager in the visa section of Canada’s Embassies in Senegal and Lebanon. While in Lebanon, Ian assumed the role of Refugee Unit Manager throughout Operation Syrian Refugee. Prior to working overseas, he was the Coordinator of the Five Country Conference Technical Secretariat during Canada’s year as Chair.  In addition, Ian has 8 years of experience working in refugee policy and international relations. His Masters Degree in Interdisciplinary Studies from York University which focused on refugee issues and he received a Fulbright Scholarship to Georgetown University. His research on refugee registration and refugee settlement has been published in various academic journals. Ian graduated from the Arthur Kroger College in 2004. 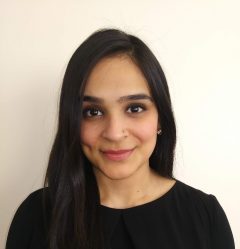 Garima Talwar Kapoor is the Director of Policy and Research with Maytree, a foundation committed to advancing solutions to poverty through a human rights approach. Prior to joining Maytree, Garima spent several years with the Ontario Public Service in progressively senior roles. Her work focused on understanding how changes in the labour market and economy impact population health and our social fabric, and helped develop policy initiatives that could help strengthen the income security system. Garima is driven by a passion to understand how civil society organizations, governments and private industry can work together to strengthen communities across Canada. Garima holds a Master of Public Health from the University of Toronto, and a Bachelor of Public Affairs and Policy Management from Carleton University.

Justine Villeneuve: Director of Communications, Office of the Minister for Women and Gender Equality 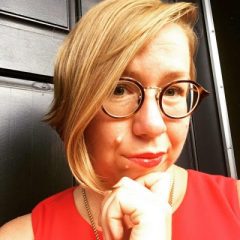 Justine has worked on Parliament Hill for 13 years in the offices of Members of Parliament, Senators, Party Leaders and Ministers. During that time, she has held a variety of policy, legislative affairs and communications positions. Most recently, she served as a Senior Policy Advisor to the Minister of Public Safety and Emergency Preparedness and as the Director of Communications to the Minister for Women and Gender Equality. As a proud member of the queer community, Justine has been a lead advisor to the Liberal government on LGBTQ2 issues. She has also managed local campaigns and worked in the Liberal Party war room during the 2015 election campaign. Justine graduated with a Bachelor of Public Affairs and Policy Management with a concentration in Development Studies from Carleton University in 2006. She and her partner have two children and one very bad cat, and they live in downtown Ottawa.