At the end of 2018, popular Canadian YouTube vlogger, Lilly Singh, otherwise known as her YouTube personality, Superwoman, posted a short video to her 14 million subscribers sharing her reasons for leaving the platform that grew her success as a comedian and artist. 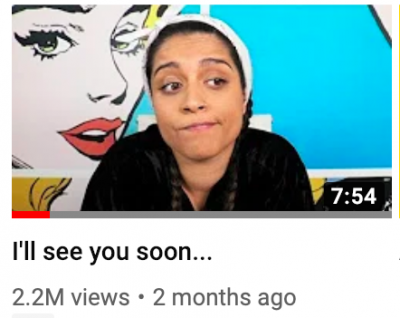 In her video, she cites a few other YouTubers who have been also left the platform that inspired her to take a break as well. Singh prioritizes her own mental health and creativity as reasons why she wanted to take a break. She explains that YouTube’s platform and community pressure her to continuously pump out video content in order to keep herself visible on the platform and therefore successful with a hefty income. In fact, Singh was one of the highest earning YouTubers in 2016 and named a Top Entertainment Influencer by Forbes in 2017, reportedly earning $10.5 million last year.

This drop of YouTube influencers from the platform has come to my attention as a few of my favourites have posted similar YouTube videos about their leaving, often citing taking a break for mental health reasons, and/or to find the creativity that once shone on their videos.

YouTube’s monetization of content works primarily through advertisements. Once a community of engaged audience has been established on one’s channel (with at least 1000 subscribers) and there is a steady stream of videos, one can apply to serve advertisements on the channel. Creators also make money by partnering with big brands once they hit a high number of subscribers and views on their videos. In order to gain and maintain a high number of subscribers, vloggers need to create and post short and interesting content regularly to keep their videos on YouTube’s home page’s and at the top of search results.

What struck me was how Singh specifically says that her leaving is not about YouTube, and yet as she continued on about her reasons to leave, she states that part of it is because of how YouTube’s platform and policies have changed since she started creating and sharing videos 8 years ago. She explains that she no longer understands how the changes are working and affecting her content. Her confessional-style video assures her community, however, that she will be back. She is using her break time from YouTube to focus on other creative endeavors that have come out of her becoming famous from her online videos (a budding music and acting career). She hopes to return to the platform happier and with a clearer understanding of posting content on YouTube. Her video was short, confessional post letting her subscribers and community know what’s happening with her.

Somewhat similarly, make-up YouTube guru Michelle Phan created a video about leaving YouTube in 2016. Unlike the simplistic, confessional-style of Singh’s though, Phan’s video is an animated, narrative-style video in which she explains to her community why she already left the platform. Phan tells more the story of why she was first drawn to the YouTube community as a creative person and the success that came with it pulled her into becoming someone she could barely recognize after 10 years uploading content to the platform. 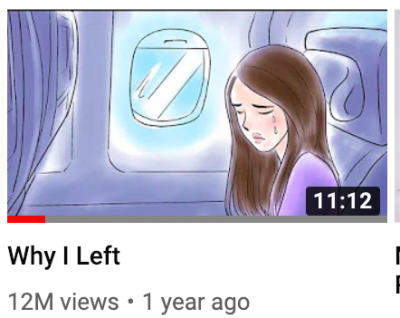 Phan discusses mental health issues she was facing as she worked to create content and the more visible she became, the more was demanded from her (she was undergoing multiple lawsuits the year she left the platform). She describes how YouTube’s platform and community pushed her to curate a particular image of herself she was increasingly unhappy with although, this image brought her money, fame, leading her to opportunities to participate in other major creative projects, including the launch her own makeup line. However, Phan abandoned all of her social media, traveling the world only to return to YouTube and her social media a year later when she rebranded her failed Em cosmetics brand.

Could This Be Clickbait?

But other famous YouTube creators have threatened to leave the platform and been accused of producing clickbait with such uploads. Clickbait refers to headlines of content that that is deceptive and misleading encouraging people to click on the content to read or find out more information. For instance, one of YouTube’s highest-earning vloggers, PewDiewPie, also known as Swedish’s Felix Kjellberg, left YouTube in 2016 also citing the changes in YouTube’s policies and algorithms. But he returned shortly after, where his actions were called out as being clickbait. Last month, Kjellberg’s fiance, Marzia Bisognin, a lifestyle YouTube-r posted a video about saying goodbye to YouTube. Likewise, Kjellberg has threatened yet again to delete his YouTube platform while many suspect this is yet another clickbait project.

So what’s going on, YouTube? I thought YouTube was supposed to be a platform in which voices of all kinds can escape the gatekeepers of traditional content outlets so that all niches of communities can express themselves (as long as they have a little bit of technical know-how to record and upload their content as a video). It seems that the changes of YouTube since its beginnings is impacted those influencers that figured out how the platform could work for them by helping them grow their visibility, their influence, and ultimately the money that they make through such content.

We should be paying attention to how influencers from years ago are keeping up with platform changes to continue the success they began with on the YouTube. YouTube, of course, does not share much information about how its algorithms make decisions regarding how videos move up and down result pages, but these cases shed some light on how that works. In some cases, the consequence can also be frightening.

Earlier in 2018, YouTuber, Nasim Najafi Aghdam, became increasingly upset with the changes of YouTube that caused her videos to be filtered and censored, thereby impacted her ability to retain subscribers and make money as she was already used to on the platform. On April 4th, 2018 Aghdam entered the YouTube headquarters in San Bruno, California with a loaded gun shooting three employees before shooting herself. 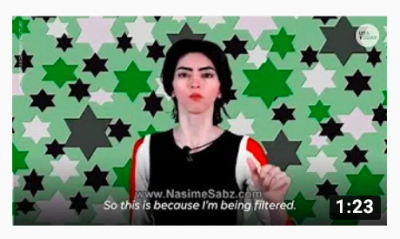 This trend of once highly influential YouTubers now concerned about their role with YouTube’s platform in pushing for and curating certain content to constantly keep up with being influential could indicate how YouTube’s changes prioritize a different or a new kind of influencer – not one that relies on the tools and features from the close past to increase their visibility and influence.

Last month, only two months since her “see you later” video, Singh returns and relaunches her YouTube channel. In one video, she explains to her subscribers how her channel will change from how she created and delivered content from the beginning – uploading video not on a schedule as it once was, and only topics that excite her, not ones especially curated to gain and retain subscribers (and revenue). 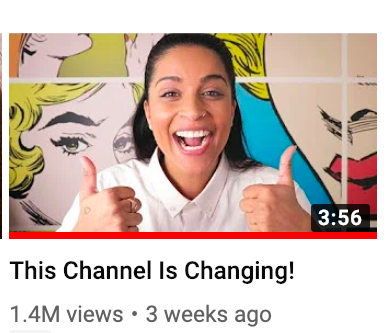 What do you think about these confessional-style YouTube videos about leaving YouTube? How have you seen your favourite YouTuber’s content, style, and personal well-being change over time? To what extent is YouTube responsible for the mental health issues that many of the YouTuber’s are currently dealing with? And to what extent could all this just be clickbait, perhaps a desperate act of gaining more subscribers and increasing their visibility once again through a rebrand?