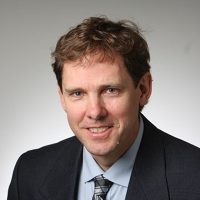 Professor Johnson is the Canada Research Professor in Energy and Combustion Generated Pollutant Emissions at Carleton University in Ottawa, Canada where he specializes in experimental research relating to pollutant emissions in the upstream energy industry. Dr. Johnson completed his Ph.D. at the University of Alberta in 2001 and went on to work as an NSERC Postdoctoral Fellow at Lawrence Berkeley National Laboratory in California. He returned to Canada to accept a faculty position in January 2003, and was appointed as a Canada Research Chair at Carleton University in May 2006. An author of numerous journal articles and frequently invited lecturer nationally and internationally, Prof. Johnson’s research contributions include developing the optical technology known as Sky-LOSA for measuring BC in plumes, models for predicting efficiency of flares in crossflow, novel approaches for detecting and quantifying fugitive emissions sources, techno-economic analysis of GHG mitigation potential via flaring and venting mitigation, and scientific rationale for regulatory decisions. His Energy & Emissions Research Laboratory collaborates closely with government and industry, drawing support from a variety of national and international organizations, including NRCan, the World Bank, the United Nations CCAC, the PTAC, ECCC, and the Natural Sciences and Engineering Research Council.

Backgrounder on past research led by Professor Matthew Johnson at Carleton University.