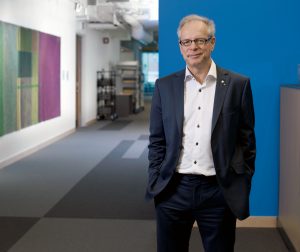 Simon Brault, Director and CEO of the Canada Council for the Arts. Photo by Tony Fouhse.

Simon Brault, Director and CEO of the Canada Council for the Arts, sat down with PANL Perspectives to discuss how the organization has been addressing social issues, part of our series on The Arts and Social Issues. The Council is Canada’s public arts funder, with a mandate to foster and promote the study, enjoyment of and production of works of art. In 2021-2022, it distributed approximately $475 million in grants to artists, organizations and institutions. (This interview has been edited for clarity.)

Brault: The Canada Council released its 2021-26 strategic plan, Art, now more than ever, which makes sure that the arts are seen, perceived and are effectively more relevant for all Canadians. The arts sector and artists can’t ignore issues that are front and centre for Canadians — issues like social justice, climate change, diversity, inclusion, representation and the question of the North.

The arts isn’t only a sector of activity. It’s also a dimension of a democracy, of a country, of a community or of our lives as human beings. The Canada Council thinks of social issues when we think of where to invest.

One example is the support that the Canada Council is giving to artists in the North. What we realized more and more is that this part of the country is concentrating most of the challenges we are facing for the future. Climate change, disconnection, isolation, and distance and physical barriers are examples; these issues are enormous and urgent. For years, the vision was that the Canada Council would explain to people living in the North how to access programs that we have here, in the South. What we realize now is that we need to support the artist there, on their own terms. That was a shift.

Another example is how we’re now supporting Indigenous arts, taking into account that, for 150 years, this country, with residential schools and other policies, tried to erase the cultural existence of Indigenous people — and taking into account the systemic barriers that Indigenous people have to overcome, especially the Eurocentric views of the arts. Some years ago, we created a program that supports Indigenous arts and that’s led by Indigenous staff. All the categories we used in the past are less relevant. For example, we supported literature in French or English, but, now, we support literature and children’s books written in Indigenous languages, namely Indigenous languages that should survive and thrive.

Have you noticed any art sectors taking the lead with some of these strategic changes you mention?

Brault: I have. The theatre world, especially in Toronto, with groups like Why Not Theatre and many other theatre companies, writers and directors with diverse backgrounds, is discussing and proposing plays that are addressing questions of social justice and inclusion.

And literature — books, novels, poetry, essays – both nonfiction and fiction, include these issues in their backgrounds or in their main stories. This includes literature for children and youth. There are many published children’s books about the future of the planet and climate justice — and about the question of how we live together — and addressing poverty and other serious topics that used to be seen as only topics for adults.

The visual arts, as well, have addressed these questions or points of view.

It’s not for the Canada Council to influence or prescribe what the artists are creating, but for us, it’s important to make sure that when they come with their proposals, that we can support them and shed more light on certain proposals that are meaningful for a lot of people.

How do arts prizes fit into this? 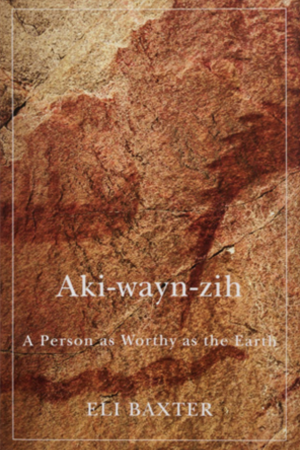 “Aki-wayn-zih,” a memoir by Eli Baxter, and won the 2022 Governor General’s Literary Award for English non-fiction. It takes readers into Anishinaabay culture, language and history.

Brault: The Canada Council is in charge of managing, subsidizing and organizing the largest portfolio of arts prizes in this country — in literature, architecture, visual arts and in the performing arts. For example, 14 books were selected by juries for the Governor General’s Literary Awards out of 1,200 books this year.

As the Director and CEO of the Canada Council, I make a point of reading all 14 books each year, which gives me a sense of what’s being debated by poets, novelists, translators and non-fiction writers, and I can see that all these things that we are talking about are surfacing in powerful and poignant ways. These things matter to artists, who are constantly reflecting and challenging the mindset of a society.

What is the biggest challenge facing the Canada Council?

Brault: The quality and the diversity of artistic production in this country is growing, especially because we can include, support and recognize voices that have been ignored or marginalized for a long time.

I guess where the battle is, is how can we create enough space for people to engage with what is created, because we support a lot of artistic creation, but, at the same time, we know that the major platforms, Netflix and others, streaming and all that, is occupying a bigger space. So, how can we make sure that we pay as much attention to the supply of good and relevant artistic and literary proposals and the engagement, the authentic engagement, of the public — the exposure of the public to this work.

I think this is where we are at this point, and, frankly, I think that over the next 10 years, it will be a big test — a lot of attention needs to be given to not only making sure, again, that creation is happening, but also that engagement with what is offered by the artists and the authors and the writers, and the filmmakers and musicians, that that offering is seen, heard and enjoyed by everybody. I think that’s our challenge over the next few years.

Photos are courtesy of Tony Fouhse and the Canada Council. 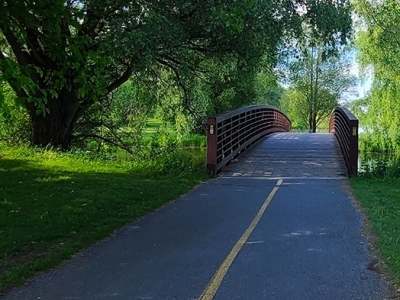 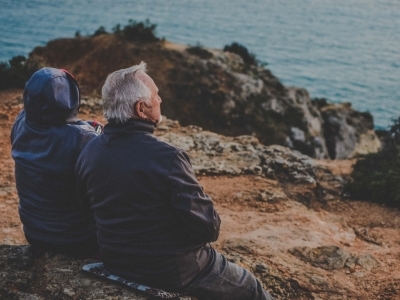 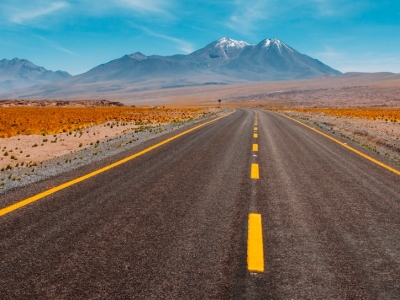 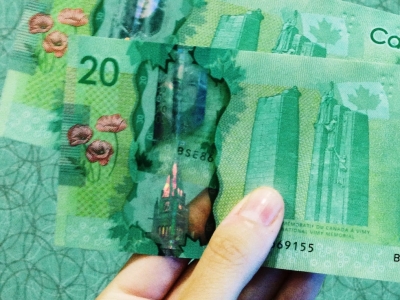