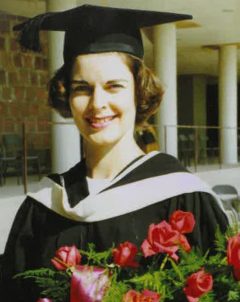 Whether she was creating hundreds of beautiful handmade decorations for charity Christmas tree raffles or designing marionettes for fundraising shows, Patricia Whitehead devoted much of her life to looking out for others.

“She was a very caring, beautifully supportive person,” Jim recalls of his wife, who passed away in January 2018 after living with Alzheimer’s disease for eight years.

Jim and Pat’s lives had been intertwined since they met as five-year-olds. “I taught her how to tie shoelaces, and she taught me how to tell time,” Jim jokes. In the intervening years, they lost touch and married other people. Then, in their 40s, they embarked on a second marriage with each other.

As part of her generous nature, Pat supported some 40 charities and institutions, including Carleton University, where she earned a psychology degree in 1959.

After her passing, Jim faced the daunting task of redoing his will and paring down these charities to a more manageable 10 organizations, which would receive legacy gifts from his estate. When he decided that Carleton—where he earned his master’s degree in social work in 1988—would be one of those chosen institutions, his lawyer suggested he contact the university’s Personal and Planned Giving team for advice.

Jim was receptive to that idea. For part of his career, he worked as a marriage counsellor, where he saw that people often avoided discussing matters such as wills. “I learned a great deal from my patients in that you don’t let these things go sliding by,” he says. “An open conversation is good.”

He decided to structure the gift as a donation to the School of Social Work, in memory of Pat. The school can use the money for whatever it deems most important. “It’s focused, but within the focus, there is a breadth to the donation,” Jim explains.

“Breadth” seems like a fitting way to honour and remember Pat. She worked for Bell Canada for 22 years as a customer service representative, but she had many interests and talents beyond work. For instance, she and Jim were avid art collectors, acquiring some beautiful works by Canadian and international artists.

To create a fitting setting for those pieces, Pat designed a sun-filled addition to their Ottawa home, despite having no architectural training. Jim notes that city hall made very few changes to her design. “She was just so gifted with a pen or pencil and graph paper,” he says, adding that Pat was “meticulous at everything she did.”

For the last year and a half, Jim has been carefully unwinding the closely knitted strands of his and Pat’s rich years together. As well as fine-tuning his will and streamlining their charity contributions, he is donating or selling most of the artworks. As he does, he always keeps Pat’s wishes in mind. “When I approach something, I often say, what would Pat say or what would Pat do?” he muses. “I am keeping her memory alive in conferring with her.”