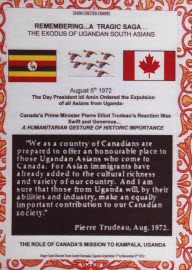 Seven Crested Cranes is a memoir based on the logbook of Roger St. Vincent, Canadian Immigration Officer who led the Canadian mission to admit Ugandan Asians refugees in 1972. Canada was one of the first countries to respond to Idi Amin’s order expelling all Ugandans of South Asian descent from the country. St. Vincent was sent from his post in Beirut, Lebanon to Kampala, Uganda at the end of August to screen, process, and admit Ugandan Asian refugees to Canada. While in Uganda, St. Vincent kept a daily logbook of his two and a half month mission.  The logbook contained records of telephone calls, telexes, meetings and other daily events surrounding the mission. Compiling these into Seven Crested Cranes, St. Vincent offers readers an insight into the intricacies and challenges of refugee movements and immigration affairs in Canada.

Canada’s role in Uganda in 1972, and Roger St. Vincent’s efforts in the refugee mission, has not been forgotten. This collection highlights the perseverance and dynamism of the Ugandan Asian community after coming to Canada.

Roger St. Vincent’s memoir A very Fortunate Life details his early life as well as his career in Canadian immigration. The full memoir is available as an open access resource through the Carleton Library catalogue here. 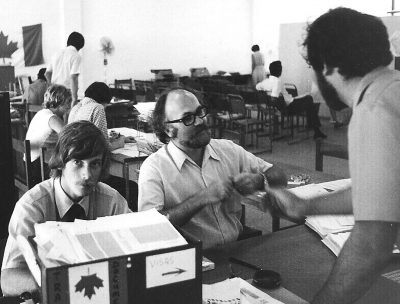 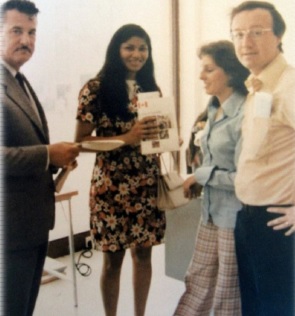 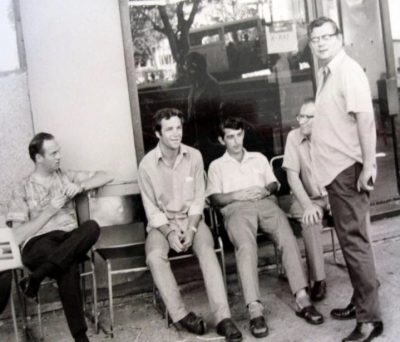