Home / Archival Material / The Hempel Collection: Looking in from the Outside

The Hempel Collection: Looking in from the Outside

Hempel’s collection documents the international reaction to Idi Amin’s expulsion decree. It begins with British diplomat Mr. Geoffrey Rippon’s failed attempts to reason with Idi Amin and then to the international response to the potential influx of new immigrants. The collection explores the deliberations behind Canada’s official decision to admit Ugandan Asian refugees announced on August 25th, 1972. By the end of August, media the coverage focuses on refugees who had begun to leave Uganda. 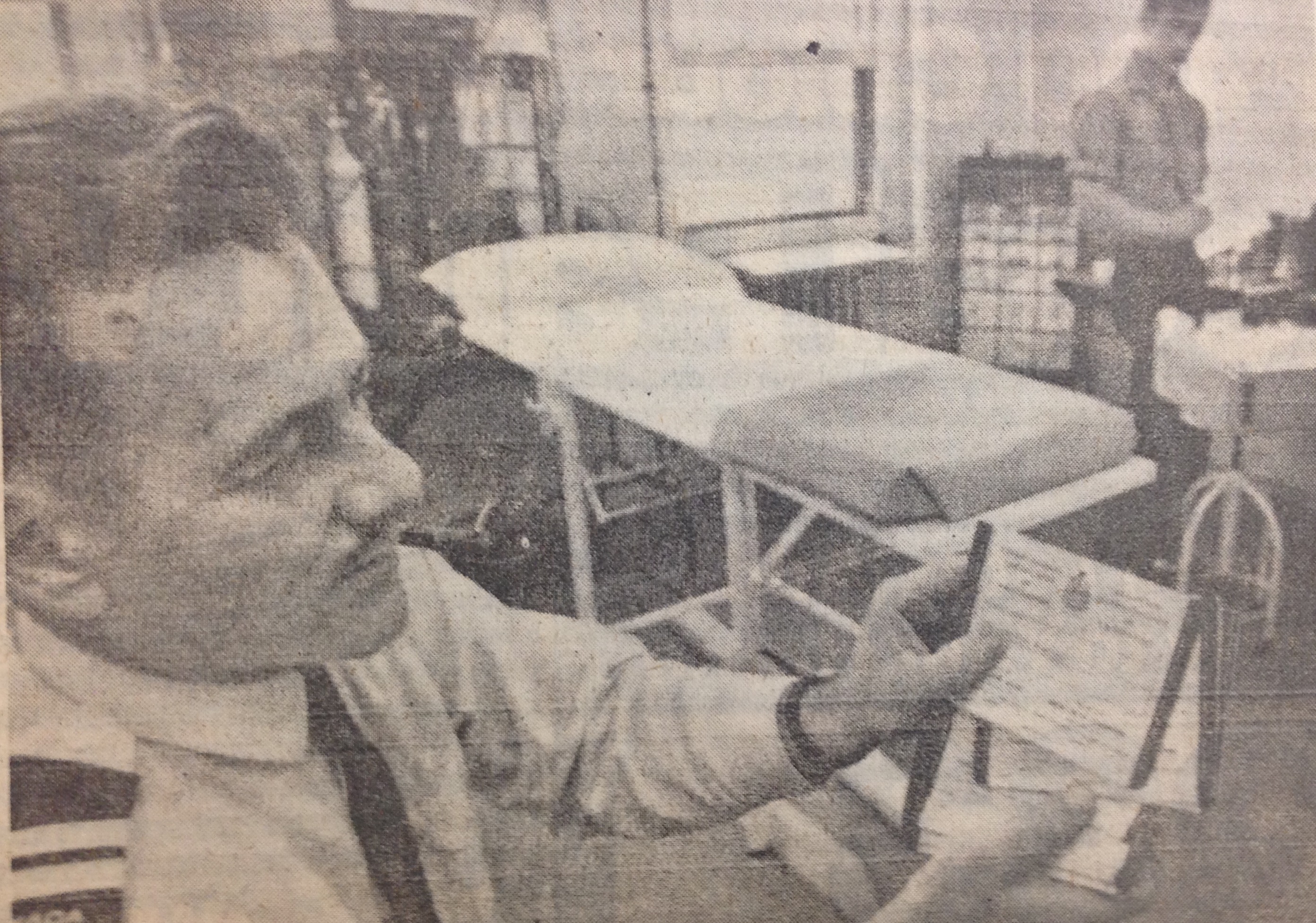 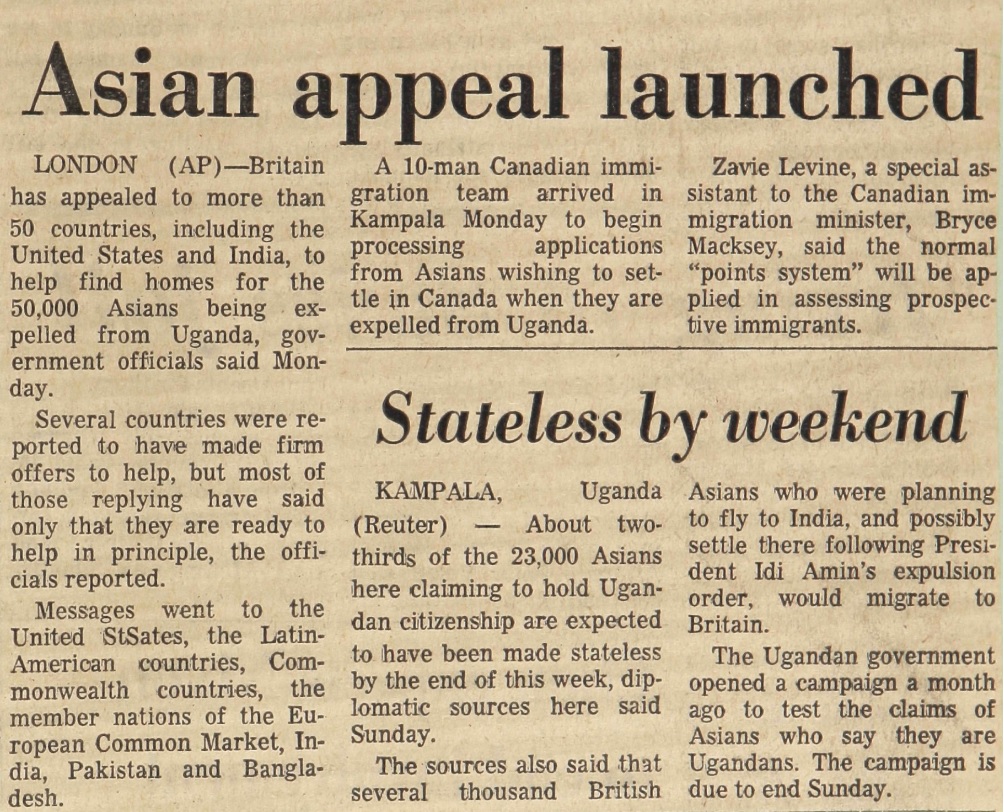 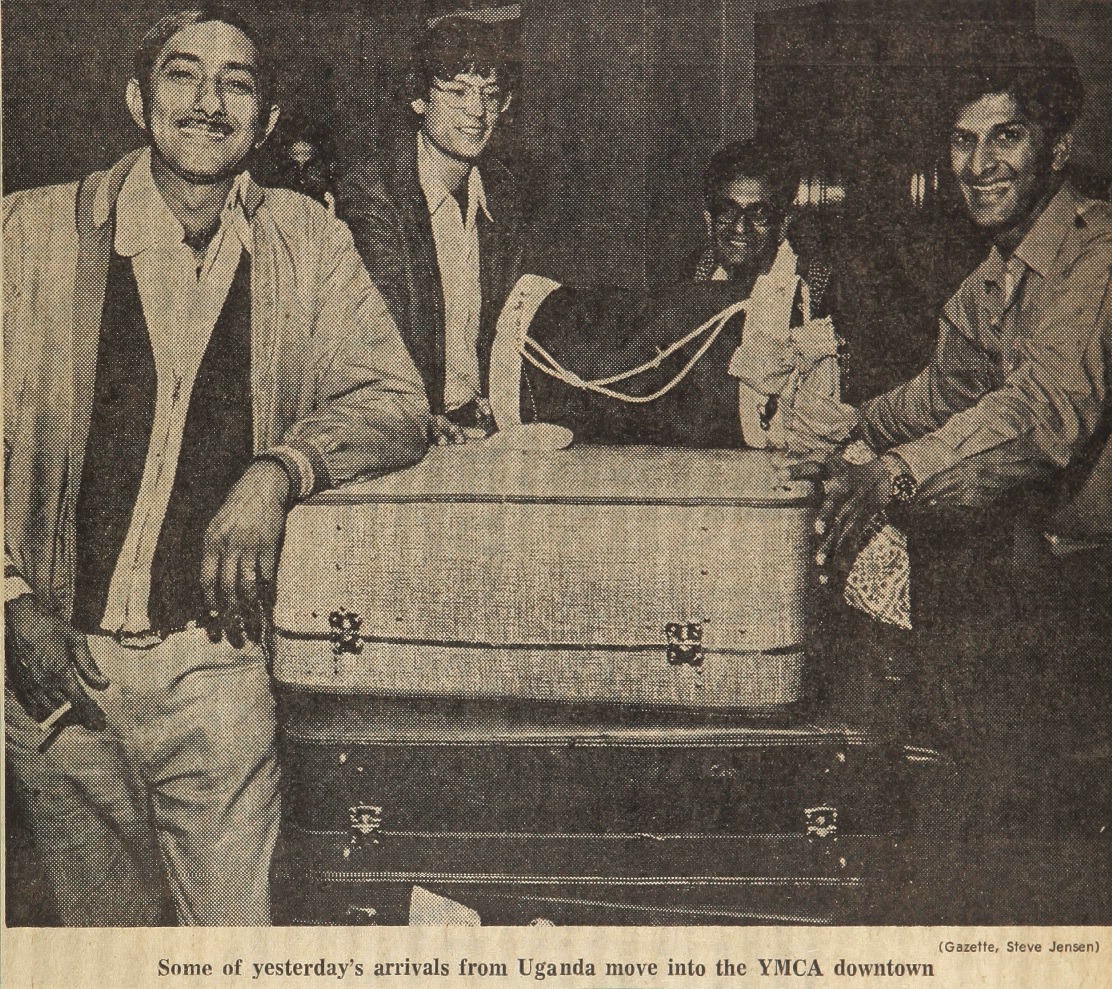 “Some of yesterday’s arrivals from Uganda into the YMCA downtown,” October 13, 1972, Montreal Gazette.

Overall, articles printed over the five and a half months from August 1972 to January 1973 cover the expulsion and resettlement of Ugandan Asians. It also covers the broader impacts of this forced migration on the political and foreign policy climate of the United Kingdom, Canada, India and East Africa. Some articles attempt to contextualize the expulsion and explain why Idi Amin came to his decision. The newspaper articles are often supplemented with pictures of people leaving Uganda and, at times, there are newspaper cartoons including one depicting a group of Ugandan Asians arriving in Canada only to find igloos and a most unwelcoming climate. Overall the newspapers convey a sense of pride in Canada’s role in accepting the Ugandan Asian refugees.

Paul Hempel’s dedication to tracking the situation in which his wife was involved that has enabled for the creation of this incredible resource.