Home / Commentary / The Other Side: A Brief Look at the Impact of Globalization on Jamaican Culture

The Other Side: A Brief Look at the Impact of Globalization on Jamaican Culture

Jamaica’s development and national identity have been influenced by various cultures throughout history. Growing up, I was fascinated by the language, food, and the general attitude and spirit of my Jamaican culture and its people. Pieces of several nationalities are incorporated into the fabric of the Jamaican identity, making it both distinct and inclusive. That said, the hybridity of this island made me curious about the ways in which we make sense of culture in a world of increasing deterritorialization. I decided to call my aunt who still lives in Jamaica to discuss her observations and opinions on the response and effects of globalization on the island.

Parameswaran’s The Other Side of Globalization: Communication, Culture and Postcolonial Critique (2007), and Appadurai’s Modernity at Large (1996) helped to drive our discussion. These works examine globalization’s potential threat to traditional culture in India, as well as the relationship between various global cultural flows, respectively. Appadurai describes these flows as “scapes”: ethnoscapes (the movement of people across cultural and geographical landscapes), financescapes (the movement of money, currency, and financial trade across the world), technoscapes (cultural interactions and exchanges through the use of technology), mediascapes (information dissemination through media production), and ideoscapes (the flow of global ideologies, especially political values). I used these works as a point of reference within my conversation with my aunt, in order to add a scholarly foundation and lens through which to examine globalization.

First, my aunt and I used Parameswaran’s article to discuss the notion of Americanization. I explained that the call centre industry in India was a way for young adults to live more frivolously and enjoy flexibility, but with consequences. We also talked about “nostalgia for the present” –nostalgia without memory – and whether Jamaica also has this “bottomless appetite for all things Western” (Appadurai, 1996). She was quick to reply that Jamaicans want to be like Americans, emulating their behaviour, dress, and actions. When they go abroad, Jamaicans for practices and customs they perceive as a new trend, and then bring it back to the island. And this is not only the “power class”, as she calls it. This also includes the lower classes.

Next, my aunt related Jamaican culture to ethnoscapes, technoscapes, mediascapes, and ideoscapes. She described the fantasy of moving “a foreign” (a term in Jamaican Patois to refer to visiting or moving to a foreign country), that establishing a more fruitful life in the West means you have made it. Individuals in the Jamaican diaspora have had a huge influence on the language, food, and mannerisms of many Western communities, especially Toronto, New York City, southern Florida, and London through movement and migration. In turn, as discussed earlier, there are residents, immigrants, and tourists who travel and/or settle in Jamaica from all over the world who then contribute to Jamaican culture. We can define this as creolization or hybridity: the “fusion of relatively distinct forms, styles, or identities” (Kraidy, 2005, p. 5). Unlike Parameswaran’s accounts of Indian culture, my aunt does not believe that globalization is a threat, nor has it had major consequences for Jamaica’s culture – at least, not in a negative sense (Parameswaran, 2008). This supports Tomlinson’s (2009) claim that the culture of the local is not always threatened by the global.

My aunt spoke extensively about the benefits of technoscapes and the fluidity of high-speed technology. There has been a vast increase in technology in the education system, business sector, and among both unemployed and highly-skilled workers. When I asked if technology is further widening the gap between the rich and the poor, she said that if anything, the gap seems to be narrowing. From children to rural citizens, individuals have access to the Internet and other forms of technology via households, schools, work, and/or Internet. As a result, they are able to connect with friends and family members living in the Jamaican diaspora, learn about cultures and customs that exist elsewhere, and contribute to global conversations on social, political, and business platforms. Indeed, the Jamaican government and private sector have recognized the importance of technological accessibility for its residents, allowing them to research, learn, contact, and access the rest of the world within seconds.

Media- and ideoscapes were less dominant in our conversation, but still significant. My aunt noted that she does not think Jamaican culture is influenced heavily by global broadcast news. Instead, Jamaicans take their cues from reality and scripted entertainment programs and movies. Shows like Keeping up with the Kardashians and CSI blur the lines between realistic and fictional landscapes that exist abroad. For example, my aunt mentioned that criminals have referenced Western television shows as their inspiration for crimes they committed. Therefore, it appears the images and scripts of “imagined lives” fuel Jamaicans’ desires to move elsewhere. Jamaican audiences’ impressions of what life is like ‘’a foreign’ causes them to draw (sometimes extreme) conclusions about how certain actions should be copied domestically, and also perceive certain countries as superior to others (Appadurai, 1996). Additionally, while my aunt does not see the political implications of ideoscapes, she has noticed that exposure to other cultures has influenced certain ideologies, especially human rights. Jamaica is unofficially known as one of the most homophobic countries in the world. In the past, residents and celebrities would proudly declare these beliefs. However, due to the change in views of homosexuality in countries like the United States, Jamaica’s principles have subsequently become more tolerant, with individuals’ freedoms more valued, and notable figures more cautious of what they say.

Although I have always been proud of my heritage, I have neither lived in Jamaica, nor visited long enough to truly observe the effects of global influences on the island. Therefore, my aunt was the perfect authority to consult with regarding the ways in which migration, technology, media, and foreign ideologies have altered and increased Jamaicans’ access to the rest of the world. While some of her comments revealed the drawbacks of globalization, it is evident that her views are primarily positive: Jamaica’s policies, accessibilities, and opportunities have all been advanced in some way by international flows. Jamaica is a unique island with a rich mosaic culture, and it continues to grow in affluence and gain international acclaim in a number of categories. While there are certainly aspects of globalization that are problematic and troublesome for countries not considered first-world, it is evident that a once colonized country has embraced, for better or for worse, the integration of cultural influences from around the world, and used the incorporation of foreign customs as a national strength. 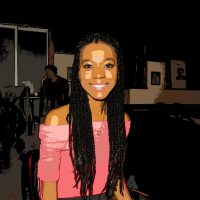